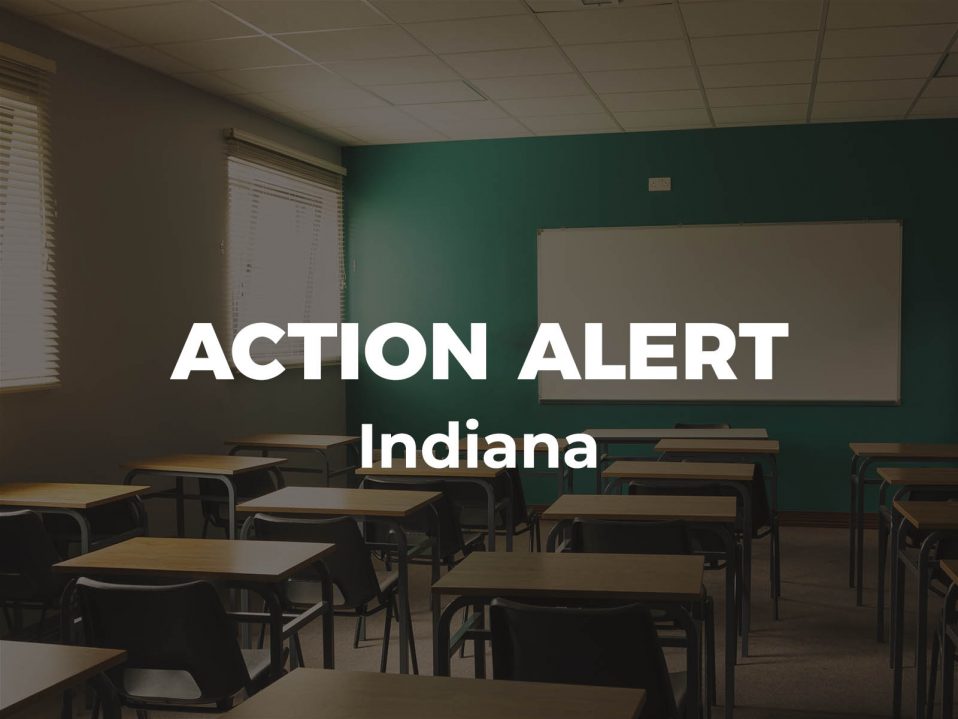 Indiana lawmakers are starting off the year on the wrong foot. They wasted no time in introducing a Christian Nationalist bill (SB 131) to require that every public school classroom and library prominently display “In God We Trust” posters.

Mandating these posters unfairly excludes atheists and religious minority students and teachers. Religious coercion has no place in our public schools.

Lawmakers are rushing to pass this measure — they have already scheduled a hearing on the bill on Wednesday the 8th before the Senate Committee on Education and Career Development.

We need your help. Please tell this Committee to oppose this bad bill! They think they can sneak this bill through without controversy. Your emails could make all the difference.

SB 131 will result in bullying and harassment of  students with minority beliefs. According to a study on religion in America by the Pew Research Center, 26% of Indiana residents are religiously unaffiliated. Younger Americans are even more likely to be nonreligious. Indiana lawmakers should not stigmatize these students by promoting religious messages in school!

National motto display bills like SB 131 are being pushed by special interests as part of Project Blitz, an effort by Christian Nationalists to rewrite American history so that it favors their agenda. These bills aim to undermine the separation of religion and government and spread a false narrative that America was founded as a Christian nation.

We cannot allow special interests to use our children to achieve their political goals. Please take a moment and ask the Senate Committee on Education and Career Development to oppose this bill.

Your ticket for the: Indiana Residents: Oppose Religious Coercion in Public Schools!