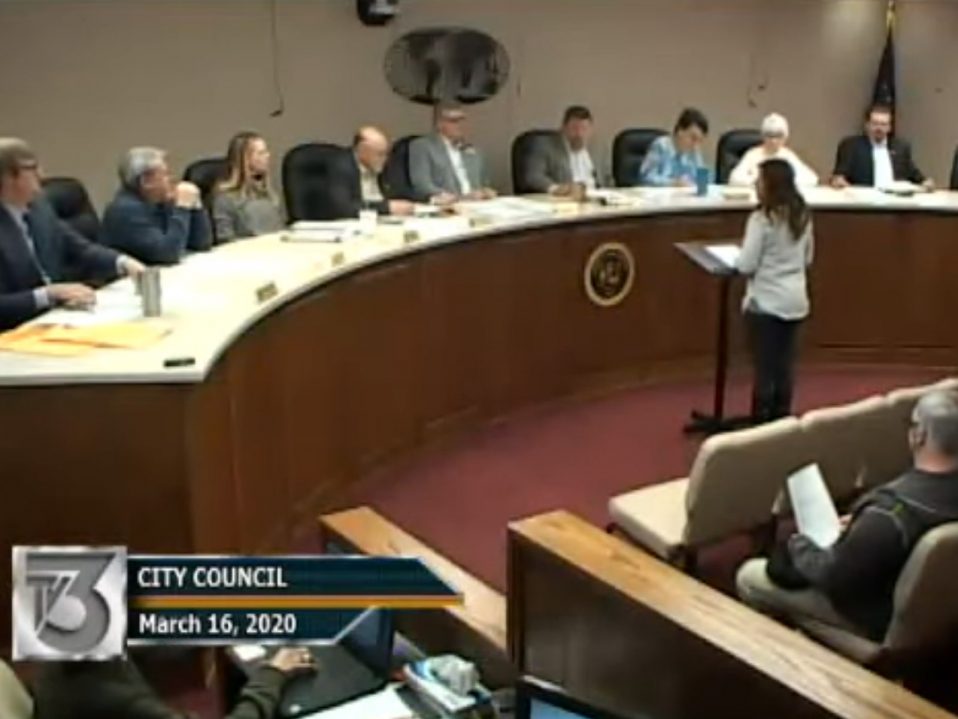 On Monday, the Connersville City Council adopted an unconstitutional policy that excludes atheists from delivering invocations at the start of meetings but allows any religious groups to do so. The discriminatory policy was enacted after American Atheists’ Indiana Assistant Director Jama Sullivan requested in January to deliver an invocation.

“Just like religious leaders who have delivered invocations, I am an active leader for the secular community in Connersville,” said Sullivan, founder and executive director of Whitewater Freethought, a group of more than 80 atheist, agnostic, and Christian members committed to community service. “Instead of accepting me with open arms, my local government went to great lengths to exclude me, and others who do good without god, from the invocation process.”

In Town of Greece v. Galloway (2014), the Supreme Court ruled that volunteer chaplains could open each legislative session in Greece, NY, with a prayer because “the town at no point excluded or denied an opportunity to a would-be prayer giver. Its leaders maintained that a minister or layperson of any persuasion, including an atheist, could give the invocation.”

“I know from my own fundamentalist past that some people are driven by ignorance and fear of nonreligious people—and the idea that our very presence is an attack on their religious beliefs. It isn’t,” said Sullivan. “By just participating in the invocation process, I can change hearts and minds about atheists. However, the Connersville government keeps proving it’s more interested in discrimination than inclusivity. It’s unfortunate.”

“We call upon the Connersville City Council to amend this discriminatory policy. No city that claims to care about religious freedom should exclude atheists for our beliefs,” added Sullivan.

Your ticket for the: Indiana City Discriminates Against Local Atheists, Violates Constitution