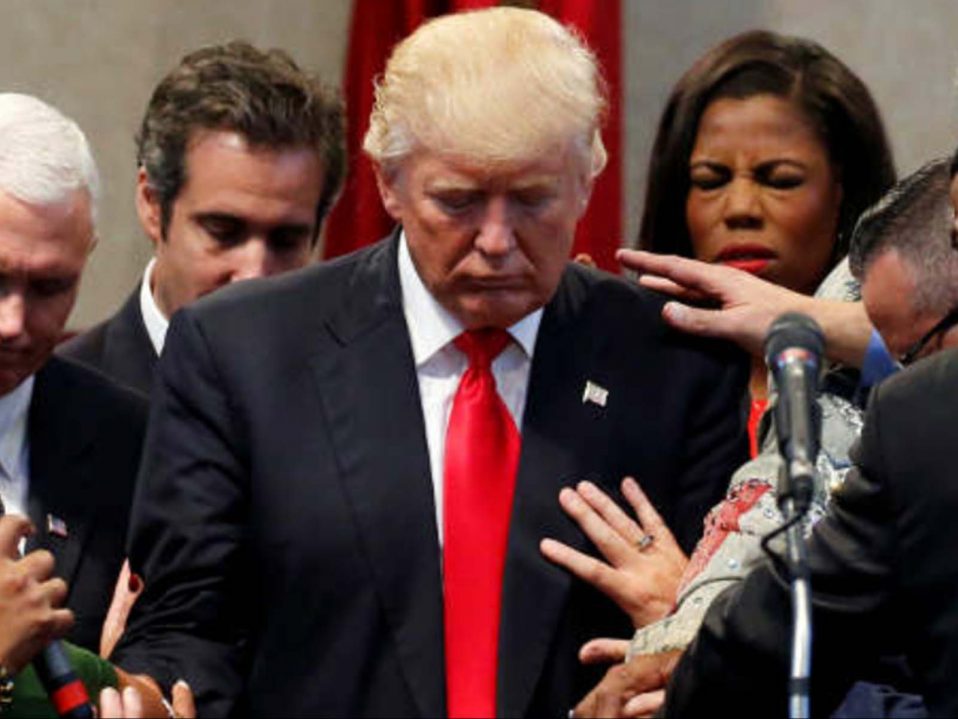 Last week, Donald Trump announced his intention to reopen the United States by Easter despite health experts’ warnings (although he’s since walked back his comments). “It’s such an important day for other reasons,” Trump said in an attempt to ingratiate himself further with his evangelical base, imbuing this deadly decision with religious significance. “I just think it would be a beautiful timeline.”

And it’s no coincidence that the President’s religious extremist supporters echoed this anti-science position.

R.R. Reno, editor of the influential religious magazine, First Things, advocated for pulling the plug on life-saving coronavirus safety measures. “There is a demonic side to the sentimentalism of saving lives at any cost,” he wrote in a recent opinion column. “There are many things more precious than life.” Jerry Falwell Jr., the president of one of the largest evangelical universities in the world, demanded that Liberty University students return to campus, endangering their lives, as multiple students have either been quarantined or tested positive for COVID-19.

And then there are defiant churches in Louisiana, Colorado, and elsewhere that are openly bucking public health recommendations, as they purposefully draw in large crowds with the promise of healing. The White House has shown support for these efforts through Tony Perkins, head of the Christian nationalist group Family Research Council. In this light, Trump’s statement that “it’ll be a beautiful time [to] have packed churches all over our country” makes perfect sense.

But this is not the first time President Trump has undermined public health to win approval from his religious extremist backers. We must not forget that Trump and his appointees have spent the last three years doing everything they can to attack our national health care.

For example, just within the last year:

At every turn, the Administration has favored the agenda of religious special interests and furthered their efforts to shape the law, to the detriment of patients. And these policy changes are just the tip of the iceberg. In court, the Administration has pursued a similar agenda, for example, by supporting efforts to overturn the Affordable Care Act, potentially resulting in the loss of coverage for millions of Americans.

Now, in the name of combatting this health care crisis, the Administration is seeking broad new powers that would undermine well-established civil rights protections. Trump has proven over and over again that his Administration cannot be trusted to act in the public interest. Trump’s appointees are far more interested in advancing their religion mission, at any cost, than protecting the health and well-being of all Americans.

We would be foolish to trust this President or his Administration with new powers. Instead, every effort must be made to stop them from using this crisis as a pretext to continue their crusade against civil rights and public health. The coronavirus pandemic will forever alter health care in this country. Let’s do everything we can to create a vision of health care centered on equality, religious freedom, and civil rights rather than the brutal disregard and Christian supremacy favored by Trump and his religious supplicants.

Image by Ninian Reid under CC BY 2.0

Your ticket for the: Let’s Not Forget the Trump Administration Has Spent Years Attacking Public Health in the Name of Religion