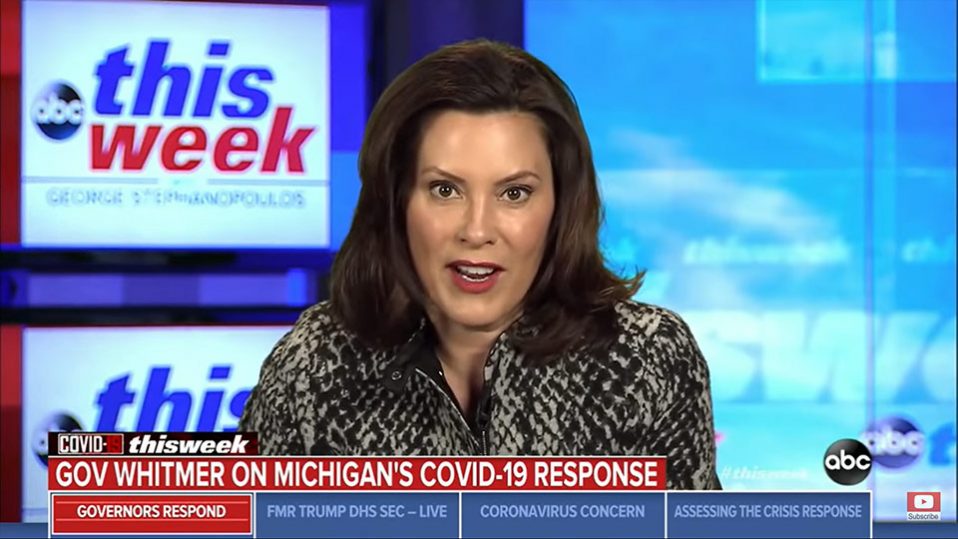 Michigan Governor Gretchen Whitmer’s leadership throughout the ongoing public health emergency has been an exemplar of competence and responsiveness. Her actions have given me confidence that my family and loved ones are in good hands.

This is perhaps why her decision to exempt houses of worship from her March 16 and March 23 executive orders limiting gatherings struck such a discordant note. There is no constitutional obligation to exempt religious groups from public health and safety regulations, particularly when lives are on the line. It isn’t required by the Michigan Constitution, nor by the Free Exercise Clause of the U.S. Constitution. It’s not just legally unnecessary—it’s bad policy, and could prove deadly.

In Washington, D.C., hundreds of people were exposed to the coronavirus after a rector tested positive for COVID-19. In New York, hundreds of members of the Orthodox Jewish and Hasidic community have tested positive after ignoring social distancing guidelines. In Florida and Louisiana, churches are flaunting guidance from the CDC and local health officials and encouraging congregants to shake hands, potentially exposing hundreds more to this deadly virus.

And in Arkansas, one pastor said “half of his church is ready to lick the floor, to prove there’s no actual virus.” This worryingly indifferent attitude amongst too many of our community members is being fed by those who would minimize the threat of the virus for political ends, but also by relaxed enforcement and loopholes within the stay-at-home guidelines from government officials.

We need decisive and clear guidance from our leaders. Conflicting directives or those undermined by exemptions and loopholes can cost lives. Listen to the advice of medical professionals—prohibit all large gatherings, including those at houses of worship. Gov. Whitmer has the authority under the Constitution to do so.

Public health experts and religious liberty advocates, including those with expansive views of religious exemptions, agree: our government has a compelling interest in protecting the lives of our fellow community members and can limit in-person gatherings, even at churches. The U.S. Supreme Court has been crystal clear on balancing religious liberty with public health, saying in the 1944 case Prince v. Massachusetts, “The right to practice religion freely does not include liberty to expose the community…to communicable disease.”

This isn’t a partisan issue. Governors across the country, including in Indiana, Washington, Maryland, and New Jersey, have not exempted religious gatherings from their bans on large group gatherings.

While I understand Gov. Whitmer’s desire to not infringe on religious freedom, this virus does not care what religion you follow or which God you worship. It is just as easily spread in movie theaters as it is in church pews. And that spread will only continue unless we act now.

The directive that we all practice social distancing and minimize the opportunity for this virus to spread among our community requires that we’re all on the same page. Creating carve-outs and exemptions for any type of gathering will cost lives.

If we take seriously our obligation to one another as human beings sharing this world and in this fight together, we must follow the best practices advised by health officials to flatten the curve to prevent even more community spread of this disease.

I urge Gov. Whitmer to act now and repeal this exemption that puts all Michiganders, but particularly the most vulnerable among us, at risk.

Nick Fish is the President of American Atheists and a native of Lapeer, Michigan.

Your ticket for the: Amid Coronavirus, Governor Whitmer Must Close Dangerous House of Worship Loophole