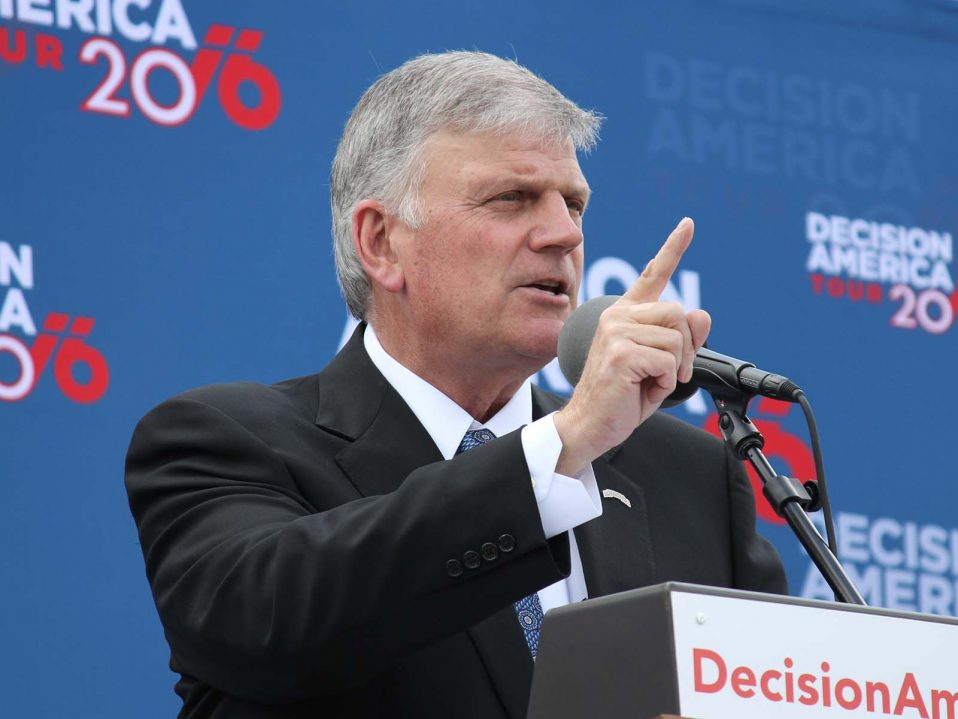 According to multiple reports, Samaritan’s Purse has exploited emergencies in El Salvador, majority Muslim countries, and developing nations to seek Christian converts in exchange for aid—and has received federal funding to do so. In the latest controversy, the organization has come under fire for benefiting from the coronavirus pandemic to advance its culture wars agenda in New York City and beyond.

“WHO conducts coronavirus vaccine trials, distributes test kits, and advises countless governments. A divisive Christian organization whose leader claims this pandemic is due to ‘man turn[ing] his back on God’ cannot be trusted to replace WHO’s critical mission,” said Alison Gill, Vice President for Legal and Policy, who wrote a scathing indictment of Samaritan’s Purse, warning about discrimination against vulnerable groups, such as women, LGBTQ Americans, religious minorities, and nonreligious people.

According to the New York Post, Trump officials have “grumble[d]” about WHO’s “liberal policy priorities,” notably its work on climate change and medically safe abortions. During a press conference, Trump said the U.S. has had problems with WHO “for years” and the nation should have withheld funds “a long time ago.”

“Let’s be clear about Trump’s motives,” said Nick Fish, President of American Atheists. “To improve his reelection chances, he’s scapegoating WHO and is rewarding his most ardent evangelical supporters, like Franklin Graham, for literally demonizing opponents. This is a dangerous quid-pro-quo involving hundreds of millions of dollars in government funding and, more importantly, thousands of American lives.”

“If Samaritan’s Purse is put even partially in charge of our country’s coronavirus response efforts, countless Americans will die,” added Fish. “Time and time again, Samaritan’s Purse has prioritized religious dogma and discrimination over medical science—and over life itself. We can’t allow them to get their hands on hundreds of millions of dollars in WHO funding to expand their dangerous influence.”

Image by Matt Johnson under CC by 2.0

Your ticket for the: Trump Administration to Redirect WHO Funding to Evangelist Franklin Graham’s Samaritan’s Purse, Putting Lives at Risk