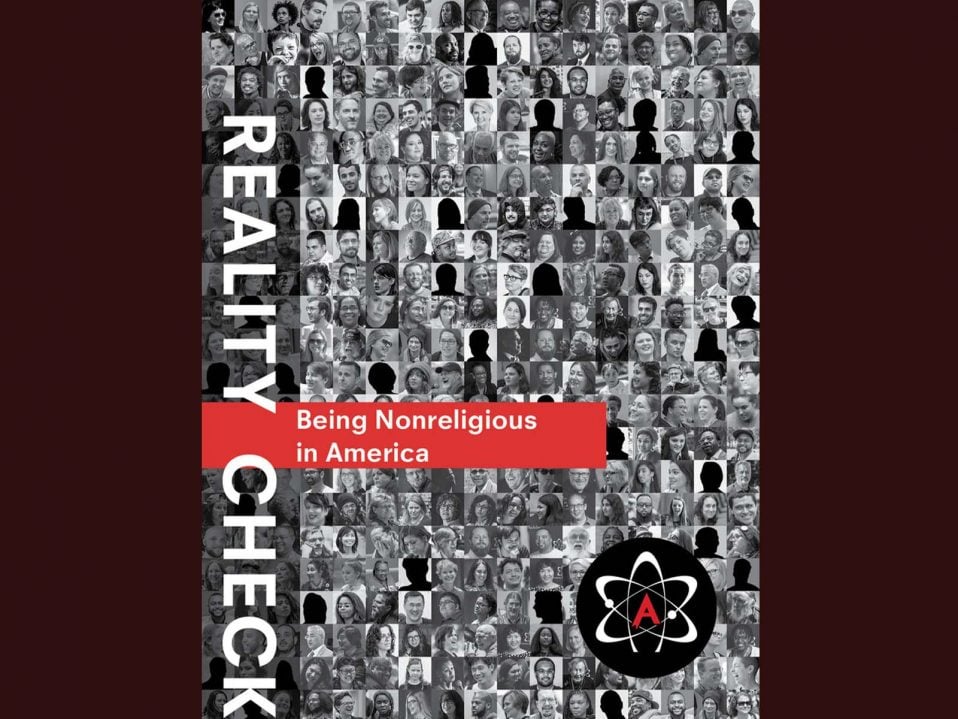 Cranford, NJ—Today, the nonreligious identity organization American Atheists released Reality Check: Being Nonreligious in America, a comprehensive report drawn from the groundbreaking U.S. Secular Survey. Counting nearly 34,000 nonreligious participants and organized by a team of researchers at Strength in Numbers Consulting Group, the U.S. Secular Survey is the largest ever data collection project on secular Americans and their experiences.

“At 75 million people, religiously unaffiliated Americans are as large a demographic as either Evangelical Christians or Catholics, and explicitly nonreligious people comprise a growing share of the population, yet before the U.S. Secular Survey there had been a lack of focused research on our community,” said Alison Gill, Vice President for Legal and Policy at American Atheists, who helped lead the project. “What we found shocked us. Discrimination and stigma against nonreligious Americans is widespread and extremely harmful.”

Due to their nonreligious identity, more than half of participants (54.5%) had negative experiences with family members, nearly one third (29.4%) in education, and more than one in five (21.7%) in the workplace. Of those who experienced discrimination within their families, there was a 73.3% higher rate of likely depression.

“This report shows that the more religious the community, the more likely nonreligious people are to face discrimination and stigma,” said Gill. “Nonreligious Americans living in very religious communities, concentrated in rural areas and the South, are particularly at risk.”

“The struggles of nonreligious Americans are far too often overlooked. Thankfully, the U.S. Secular Survey has revealed the discrimination our community regularly faces,” said Nick Fish, president of American Atheists. “With that well-established, we need to find solutions and work toward ending the stigma faced by our community.”

The report found that involvement with organized secular community groups is an important protective factor that correlated with reduced likelihood of loneliness and depression. Members of national secular organizations were 34.8% less likely than non-members to be at risk for depression, while members of local secular groups were 29.3% less likely.

“Now that we know the power of organized secularism, it’s up to secular organizations to advocate for change and provide as many nonreligious Americans as possible with the support and community they need,” added Fish.

Your ticket for the: Largest Survey on Nonreligious Americans Reveals Widespread Discrimination and Stigma