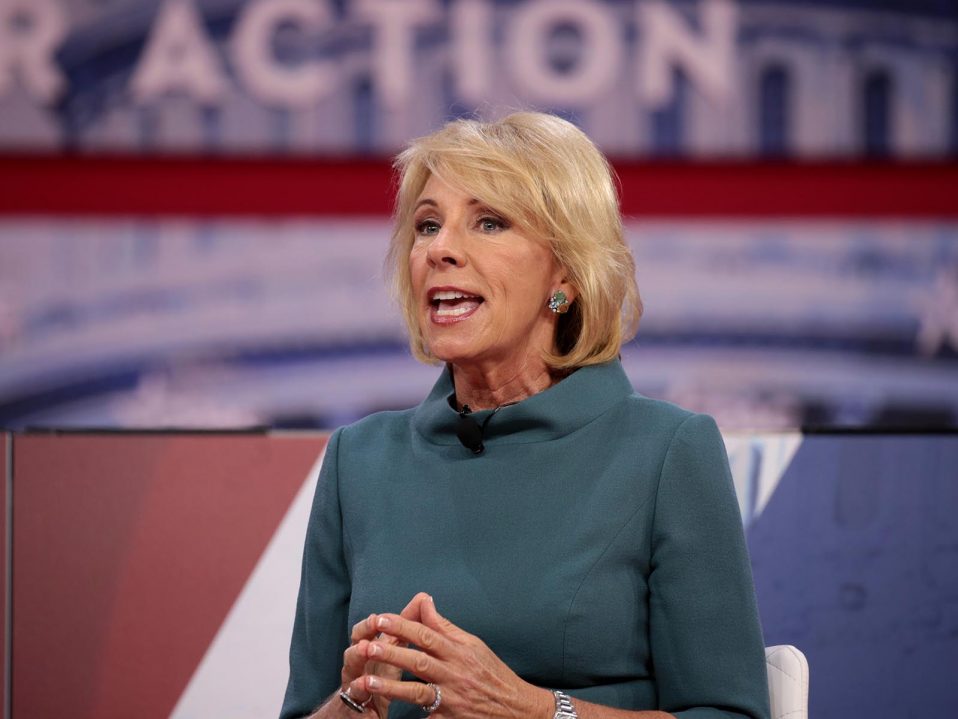 “Betsy DeVos’ new policy helps religious schools engage in sex-based discrimination, trampling students’ basic rights,” said Alison Gill, Vice President for Legal and Policy at American Atheists. “Students, regardless of whether they’re attending a public or private religious school, should be able to focus on their education, not worry about what laws apply to them and  whether their own school will subject them to harassment or discrimination based on their beliefs.”

Prior to this new rule, religious institutions had to provide the Department of Education notice of their intention to ignore basic nondiscrimination protections. Now, they can claim an exemption at any time and without warning.

“Students will be left in the dark about whether their college or university plans to respect their fundamental rights. Disturbingly, they will only find out after-the-fact, after an incident of discrimination. Students must have the right to make decisions about their education and to protect themselves from discrimination,” said Gill.

“Not only will religious colleges and universities no longer have to come clean about their discriminatory intentions, but now they can put out a seemingly nondiscriminatory policy to attract students only to reverse course after discrimination has occurred,” added Gill.

“The hypocrisy and bad faith of Betsy DeVos and her Religious Right followers is palpable,” said Nick Fish, president of American Atheists. “For someone who claims to treasure ‘family values,’ she is sure ready to bend over backwards to empower perpetrators of sexual harassment and discrimination.”

In addition to the changes to how colleges and universities may apply religious exemptions, these new rules will undermine enforcement of sexual harassment policies and undermine protections for subject those who have experienced sexual harassment.

Your ticket for the: Betsy DeVos Expands Dangerous Exemptions for Religious Colleges and Universities