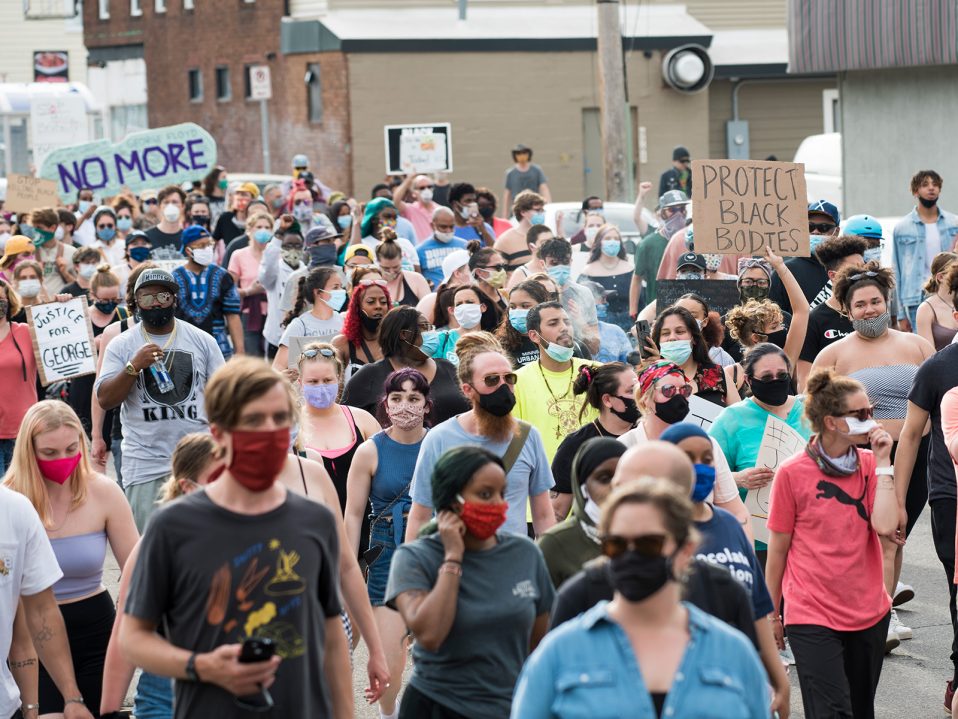 Cranford, NJ—In response to the murder of George Floyd, the protests that have followed, and the increasingly aggressive response by police forces across the nation, American Atheists president Nick Fish released the following statement:

My heart breaks for the family and loved ones of George Floyd, Breonna Taylor, and so many more Americans whose lives have been stolen from them. I’m disgusted by the continued violence and brutality that Black members of our communities endure at the hands of law enforcement. Officers are supposed to be protecting us all, but too often they resort to dangerously aggressive responses that disproportionately target Black, Latino, and other communities of color.

This weekend’s protests in response to those murders—and to decades of injustice—have been met with countless examples of police officers using excessive force, targeting journalists and peaceful demonstrators, and escalating confrontation as a pretext to arrest protesters demanding reform.

Elected officials and civil leaders must do more to recognize and address the racism and systemic biases that pervade our criminal justice system, end the militarization of our nation’s police forces, and ensure accountability for members of law enforcement who erode trust with their repeated and extreme uses of force. This weekend’s demonstrations are the result of years of failed promises to address long-standing biases that have cost countless lives.

I stand with the members of our community who have peacefully protested against this racism and violence. I call on politicians and leaders in law enforcement to ensure that the constitutional right of all Americans to peaceably assemble is protected, to de-escalate confrontations, and listen to the voices of those demanding reform.

American Atheists, as a member of The Leadership Conference on Civil and Human Rights, has joined with more than 400 other national civil rights groups in calling for sweeping changes to our nation’s policing by passing federal legislation on a range of issues, including use of force, police accountability, racial profiling, militarization, and training. You can read the full letter here.

Your ticket for the: Statement from American Atheists President on Nationwide Protests