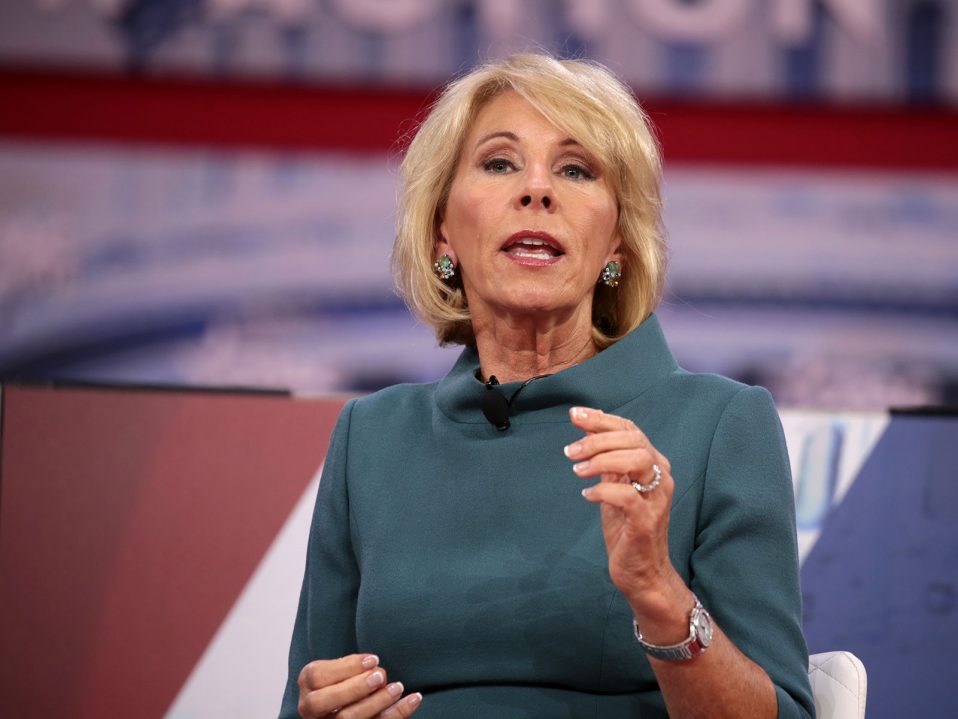 Following outrage by education organizations and lawmakers, on July 1, 2020, the Department revised its stance and released an interim final rule (IFR) with two lose-lose options.

Under Option 1, school districts may provide funding based on the number of low-income public and private school children. However, the restrictions are numerous. School districts can only provide funding to schools that received Title I funding during the 2019-20 school year, although not all not all schools eligible for Title I aid in 2019-20 ended up receiving funding due to limitations. In addition, the rule stipulates that school districts cannot provide services that would benefit all students, such as cleaning and disinfecting all of their schools.

“The obvious intent of these rigid restrictions under Option 1 is to push school districts to use the second option, which would divert hundreds of millions of dollars from public to private schools,” said Gill.

Indeed, If school districts do not adhere to Option 1’s strict requirements, then they must opt for Option 2. As the guidance from April 30 similarly instructed, districts would have to provide funding to private schools based on the number of all private school students—including wealthy children—enrolled in the district.

“The Department should focus on strengthening public schools instead of redirecting funds intended for public schools to exclusionary, and too-often discriminatory, private and religious schools,” said Gill. “We strongly urge the Department to withdraw this IFR and allow school districts to spend this critical funding as provided by the CARES Act.”

Your ticket for the: Atheists Denounce DeVos’ Plan to Enrich Religious Schools