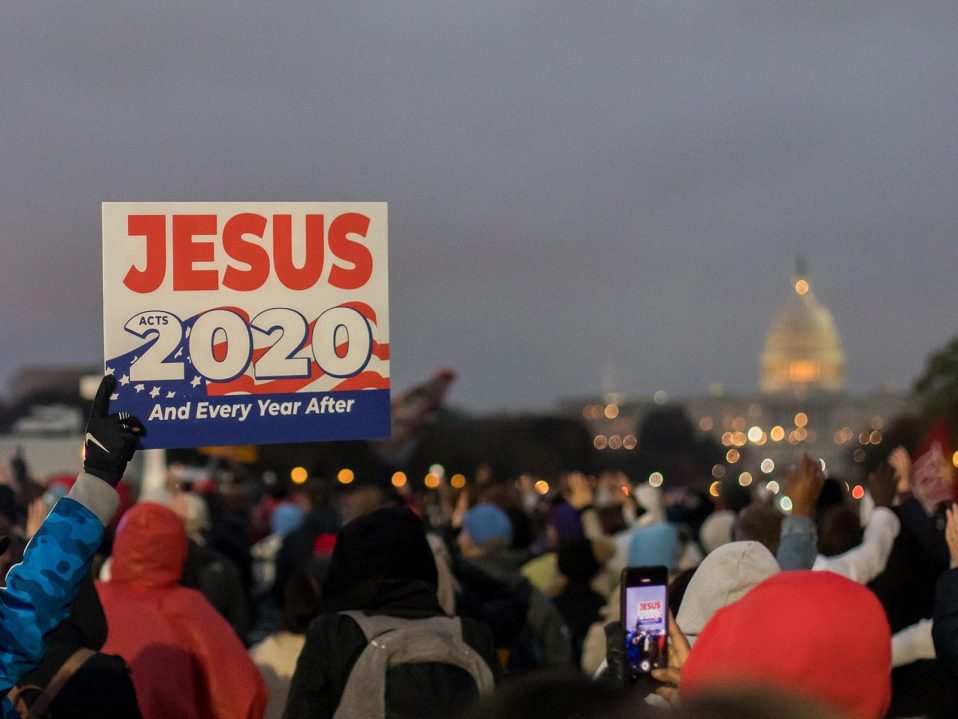 Washington, DC—Today, the religious equality organization American Atheists sounded the alarm on an upcoming wave of Christian nationalist state-level bills in 2021. This announcement coincides with the release of the organization’s 2020 State of the Secular States report, the most comprehensive review ever conducted of statewide laws and policies affecting religious equality and the separation of religion and government in all 50 states, Washington D.C., and Puerto Rico.

“2020 was an unprecedented year for state legislatures. Beset by pandemic closures, budget shortfalls, and the politics of the election, few managed to pass many substantive bills,” said Alison Gill, Vice President for Legal and Policy at American Atheists and author of the report. “However, 2021 will be different. The momentous Supreme Court rulings from last term, which attack church/state separation and promote a discriminatory vision of religious freedom, will shape state legislation in the coming year. Christian nationalists now have more time to introduce anti-equality legislation and take advantage of these harmful decisions.”

In the 2020 State of the Secular States report, American Atheists provides an outlook for 2021. Following the Supreme Court’s decision in Espinoza v. Montana Department of Revenue that voucher programs providing funding to private schools must include religious schools, American Atheists anticipates a wave of school voucher bills in 2021.

“For years, advocates of private education and religious schools have sought to get their hands on public education dollars. Because of the Supreme Court’s decision in Espinoza, public schools are now left undefended. Expect to see a widespread effort to transfer taxpayer dollars away from public schools and toward private, often religious, schools,” said Gill. “These schools are free to discriminate, and they serve a smaller number of comparatively wealthy students.”

“Following the Supreme Court’s 2015 decision in Obergefell legalizing same-sex marriage, hundreds of anti-LGBTQ bills were introduced in state legislatures across the country. A similar pattern of anti-equality bills should be expected in reaction to Bostock,” said Gill.

With the death of Justice Ruth Bader Ginsburg and the rapid appointment of Justice Amy Coney Barrett, American Atheists predicts the introduction of more anti-abortion bills in conservative states aimed at further chipping away at Roe v. Wade. The organization also believes that the state-level Christian nationalist campaign, Project Blitz, will promote a larger number of bills that impose religion on public school children. These bills include mandatory “In God We Trust” displays in classrooms, Bible classes for credit, and special privileges for religious students.

To help advocates and lawmakers know which church/state separation laws are on the books where they live, the 2020 State of the Secular States report includes state-level scorecards for all 50 states, Washington DC, and Puerto Rico. Each scorecard assesses more than 40 measures of state law and policy that intersect with religious equality. States are grouped into three classifications based on how well they protect these essential components of religious freedom.

“With this report, advocates and lawmakers have a ready roadmap to fight Christian nationalism and defend religious equality in 2021,” said Gill.

View the full report and state scorecards at www.atheists.org/states.

Your ticket for the: New Report Forecasts Wave of Christian Nationalist Bills to Hit State Legislatures in 2021