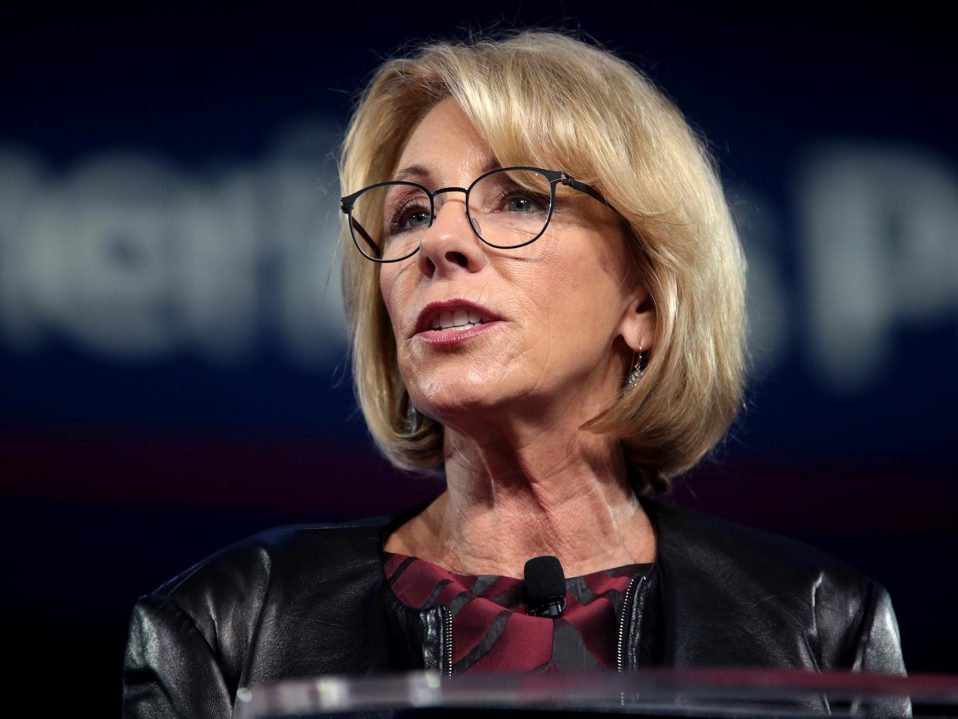 Washington, D.C.—Today, the national civil rights organizations American Atheists and Americans United for Separation of Church and State, on behalf of the Secular Student Alliance and a California university student, filed a lawsuit against the Trump Administration’s Department of Education to challenge a recently published regulation that forces universities to financially support religious student groups that discriminate.

“The Trump Administration is forcing colleges to choose between protecting students and losing federal funding, or allowing discrimination against students in order to keep federal financial assistance. That is unfair, unlawful, and just plain wrong. Discrimination has no place in our public colleges and universities,” said Richard B. Katskee, Vice President and Legal Director at Americans United for Separation of Church and State. “Discriminating against any students in the name of religion jeopardizes religious freedom for all students.”

The new rule requires public colleges and universities to exempt religious student clubs from nondiscrimination provisions that apply to all other student clubs that are officially recognized by the colleges and funded by activity fees paid by all students. The rule undermines the nondiscrimination policies that many colleges and universities have enacted to ensure that clubs don’t reject students from membership or leadership positions on the basis of race, religion, sex, sexual orientation, gender identity, disability, or other protected characteristics.

The lawsuit argues that former Secretary of Education Betsy DeVos had no authority to issue this rule, ignored the harms the rule will cause to students and their colleges and universities, and imposed requirements that directly conflict with the U.S. Constitution as well as statutory nondiscrimination laws. The lawsuit asks the U.S. District Court for the District of Columbia to invalidate the new rule, which went into effect on November 23, 2020.

“This unlawful rule was part of the Trump Administration’s campaign to pander to Christian nationalists and weaponize religious freedom to justify discrimination,” said Alison Gill, Vice President for Legal and Policy at American Atheists. “Freedom of religion is a fundamental American value that protects everyone’s right to their beliefs, as long as they don’t harm others. It does not give people or organizations the right to ignore civil rights protections and discriminate.”

American Atheists and Americans United are suing on behalf of Declan Galli, an LGBTQ sophomore at California Polytechnic State University, as well as the national nonreligious student organization the Secular Student Alliance.

“I fear for my safety and the safety and mental health of my fellow students,” said Galli, an Episcopalian, who is a member of the Cal Poly Transgender and Queer Student Union and works as a student assistant at the university’s Student Diversity and Belonging office. “If colleges now have to promote student organizations that discriminate, it’s hard to believe the campus can keep us safe.”

“This isn’t a hypothetical situation. Last year, a professor and a dozen students rallied on campus, shouting that being gay is a sin. This Department of Education regulation allows these same students to start a group that would discriminate against me while still receiving funding from the fees I’m required to pay,” added Galli.

“No students should ever be forced to subsidize clubs that discriminate against them. Students who are LGBTQ, religious minorities, nonreligious, or otherwise marginalized will especially be harmed by this rule,” said Kevin Bolling, executive director of the Secular Student Alliance, the largest nonreligious student organization, with over 300 chapters in colleges and high schools across the country.

“Students who experience discrimination are more likely to have negative attitudes about school, lower academic motivation and performance, increased risk of dropping out of school, and increased negative physical and mental health. Allowing prejudice on campus too often leads to increased bullying, discrimination, and harassment,” he warned.

Your ticket for the: American Atheists and Americans United Sue to Overturn Department of Education Regulation that Forces Universities to Fund Discrimination by Student Groups