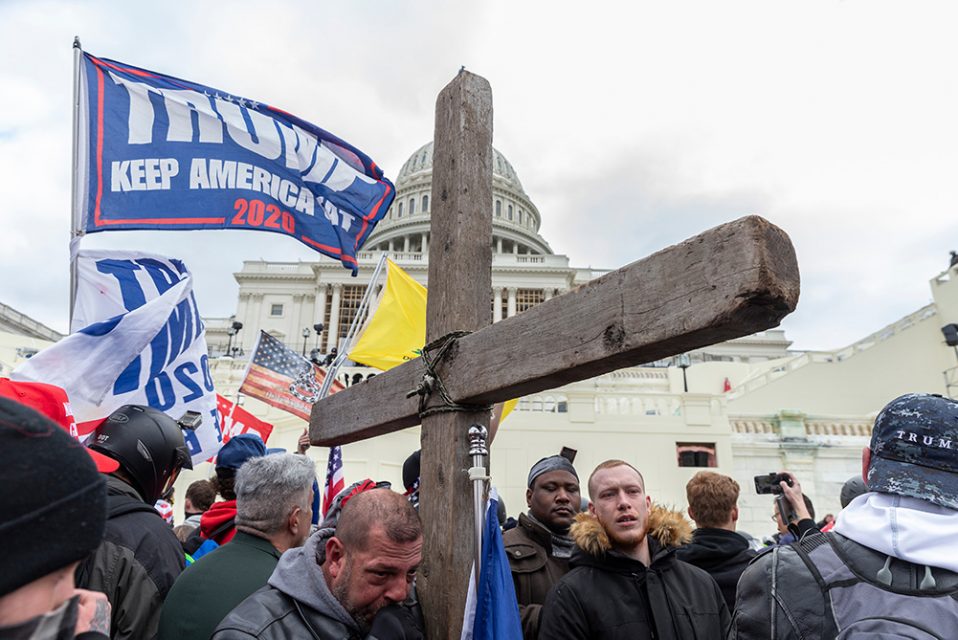 “Bill Donohue’s inflated sense of persecution is legendary. Over decades, he has defended predatory priests, believing they should receive special treatment, all while engaging in victim blaming in service to the Catholic Church,” said Alison Gill, Vice President for Legal and Policy at American Atheists.

In response to the Pennsylvania grand jury’s August 2018 report into the Catholic Church’s abuses, Donohue rushed to the defense of the predatory priests’ actions. “Most of the alleged victims were not raped: they were groped or otherwise abused, but not penetrated,” he wrote in 2018. Donohue also took issue with the characterization of these predators as pedophiles. “Anyone who actually reads the report knows it is a lie. Most were postpubescent,” he noted. “[M]ost of the alleged victims were not children (they were adolescents),” he wrote in a follow-up statement.

“[T]he investigations of the Catholic Church were classic cases of religious profiling,” claimed Donohue in 2019. Donohue is so disconnected from reality that he has even written that “[t]here is no institution in the nation today, religious or secular, that has a better record in dealing with sexual misconduct than the Catholic Church.”

“Like the Church’s sex abuse problem, Bill Donohue may want to deny the existence of Christian nationalism and the Christian extremist storming of our Capitol on January 6. But that’s not how facts work,” added Gill. “It’s laughable that Bill Donohue considers himself more competent to speak about Christian nationalism than countless experts, including The Power Worshippers author Katherine Stewart, The Founding Myth author Andrew Seidel, and Taking America Back for God: Christian Nationalism in the United States authors Andrew L. Whitehead and Samuel L. Perry.”

“[I]t would not occur to me to quote him as an expert on anything,” wrote Mark Oppenheimer, a New York Times columnist, in 2015. “It’s striking to me how little impact on policy or the public dialogue the Catholic League has, given its $30 million endowment and Donohue’s $400,000+ annual salary.”

“The Catholic League president is doing more to discredit the Catholic Church than perhaps anyone else,” wrote Andrew Ferguson, National Correspondent at the conservative publication, The Weekly Standard, in 2018.

“To quote Hemant Mehta, ‘Maybe we should be thanking Bill Donohue. He’s doing more to push people away from and out of the Catholic Church than any prominent atheist ever could,’” said Nick Fish, president of American Atheists. “We always look forward to Donohue’s statements. Time and time again, he proves our point: Religious denial of reality, whether it be about the existence of Christian nationalism or child abuse, is causing immense harm to our country.”