Atheists Sue Mississippi Over “In God We Trust” License Plate 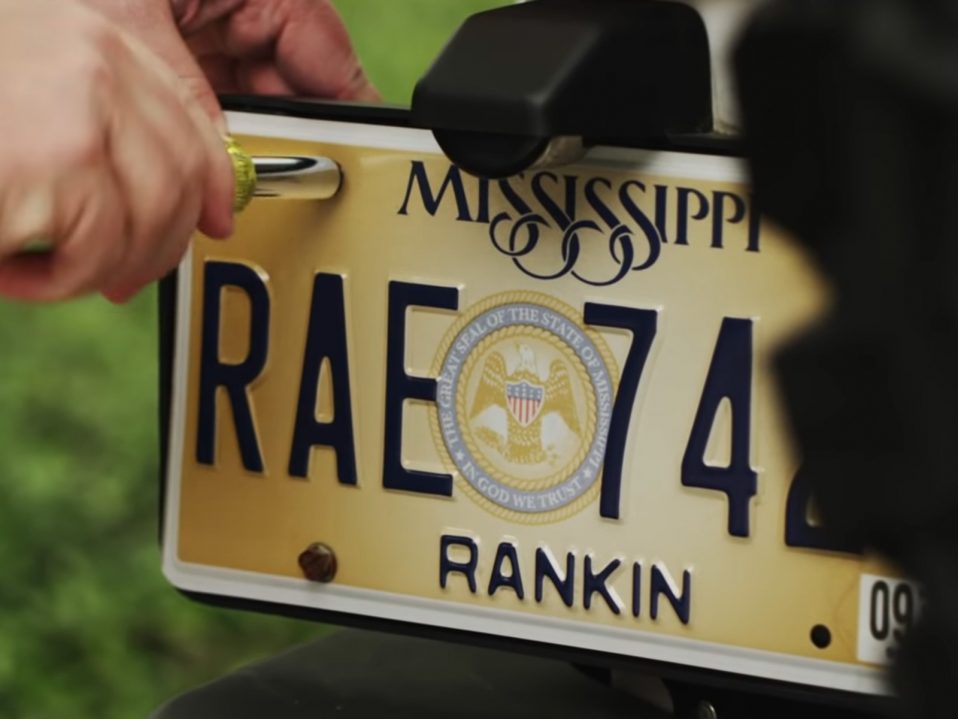 Jackson, Mississippi, June 22, 2021—Today, the church-state separation watchdog American Atheists, the Mississippi Humanist Association, and three nonreligious Mississippi residents filed a federal lawsuit against Mississippi over the state’s “In God We Trust” license plate. The complaint accuses the Mississippi Commissioner of Revenue of violating nonreligious people’s freedoms of speech and religion by forcing them to display this religious message on their personal vehicles.

“Every minute they spend on the streets of Mississippi, atheists are forced to act as a billboard for the state’s religious message,” said Geoffrey T. Blackwell, litigation counsel at American Atheists. “Some can avoid being a mouthpiece for the government by paying a penalty. For many others, even that isn’t possible. Atheists with a disability or a special category of vehicle are stuck proclaiming a belief in the Christian god. It’s an abuse of power and unconstitutional.”

“Wherever I use my trailer, I am forced to profess a religious idea that I do not believe,” said plaintiff Jason Alan Griggs. “Imagine a Christian having to drive around with ‘In No God We Trust’ or ‘In Allah We Trust.’”

“As a Mississippi resident with a permanent disability, I have no other option but to put ‘In God We Trust’ on my property. It’s most certainly not what I believe, but in Mississippi there is just no alternative,” said Sue Moss, a member of the Mississippi Humanist Association.

The phrase “In God We Trust” is rooted in a deep hostility toward atheists and members of minority religions. The phrase was first included on coins in the 1860s in order to “relieve [the U.S.] from the ignominy of heathenism,” according to Treasury Department records. In 1955, President Eisenhower declared, “Without God, there could be no American form of Government, nor an American way of life. Recognition of the Supreme Being is the first—the most basic—expression of Americanism.” The following year, Congress enacted “In God We Trust” as the new national motto in order to differentiate the United States from the “godless” Soviets.

“Mississippi car owners should not be punished with higher fees for refusing to promote an exclusionary and divisive message. They are entitled to an alternative,” said Dianne Ellis, who is serving as local counsel. The Supreme Court in Wooley v. Maynard (1977) ruled that such compelled speech on license plates was unconstitutional after a Jehovah’s Witnesses driver in New Hampshire objected to displaying “Live Free or Die.”

Two recent Supreme Court cases, Fulton v. City of Philadelphia and Tandon v. Newsom, bolster American Atheists’ claims. The Court ruled that where a law or policy includes a system of exemptions, a similar exemption must be provided for anyone with religious objections. Since Mississippi provides alternative plate designs to certain categories of individuals, atheists and other Mississippians who object to “In God We Trust” must receive equal treatment.

“No matter how much Gov. Reeves or other politicians want to pretend that Mississippi is some kind of Christians-only club, it doesn’t make it true,” said Nick Fish, president of American Atheists. “Forcing atheist drivers to endorse a religious message they reject is antithetical to our values as Americans and unconstitutional, plain and simple.”

Learn more about the lawsuit here.

Your ticket for the: Atheists Sue Mississippi Over “In God We Trust” License Plate

Atheists Sue Mississippi Over “In God We Trust” License Plate