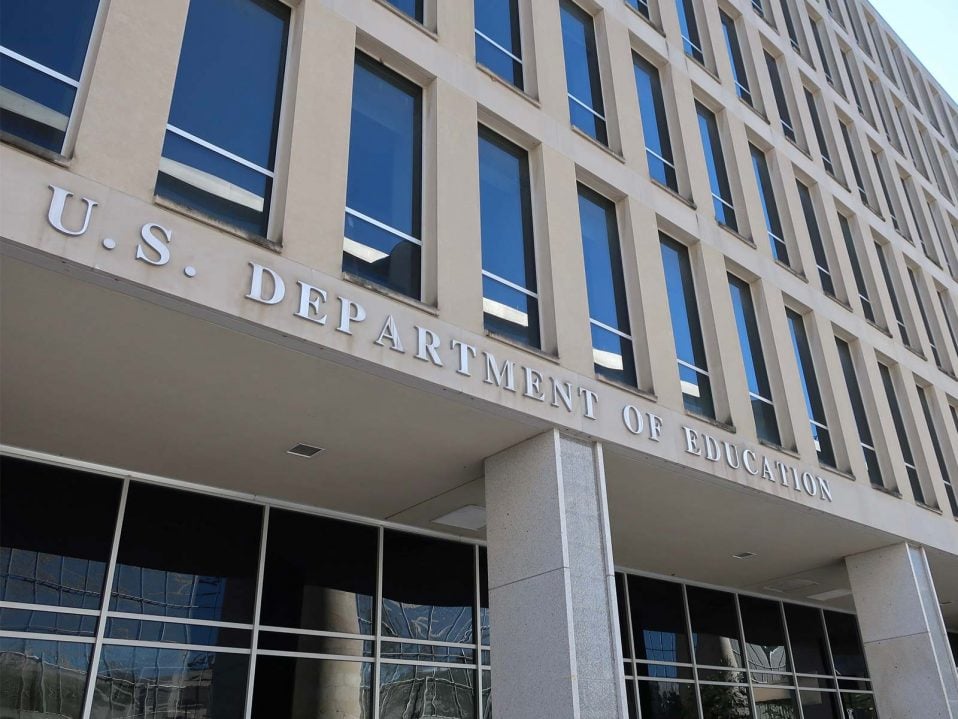 Washington, D.C.—Today, the U.S. Department of Education announced that it is reviewing and anticipates rescinding parts of a regulation enacted by the Trump administration that, among other things, forces universities to financially support religious student groups that discriminate.

American Atheists and Americans United for Separation of Church and State, who are challenging this provision in federal court on behalf of the Secular Student Alliance and a California university student, welcomed the department’s intent to issue a Notice of Proposed Rulemaking (NPRM) and begin the process of rescinding the rule. In light of this development, the organizations and the department agreed to ask the U.S. District Court for the District of Columbia to stay the lawsuit to give the department time to rescind its regulation.

Richard B. Katskee, vice president and legal director of Americans United: “We applaud the Department of Education for its willingness to reconsider this harmful regulation, and for sending the message to colleges, universities and their students that this wrong may soon be righted. We anticipate that the Biden administration will agree with us that discrimination has no place in our public colleges and universities – even if religion is used to justify it.”

Alison Gill, vice president for legal and policy at American Atheists: “No college should ever face the threat of losing federal dollars for refusing to fund discrimination. Nor should religious student groups receive special privileges to discriminate. We welcome the Biden Administration’s movement toward rescinding these unconscionable regulations. Now more than ever, colleges should fully implement their nondiscrimination policies in order to create a safe and welcoming learning environment for all students.”

Kevin Bolling, executive director of the Student Secular Alliance: “Nondiscrimination policies help ensure all students in the campus community are protected and provide a positive educational environment. We appreciate the U.S. Department of Education’s willingness to hear real-life examples of how LGBTQ+, nonreligious, and minority-religious students are already being negatively impacted on campus by this discriminatory rule. We also appreciate the U.S. Department of Education’s statement that it is reviewing DeVos’ regulation for rescission. No student should be forced to pay to be discriminated against.”

The lawsuit challenges a rule enacted by the Trump administration in November 2020 that requires public colleges and universities to exempt religious student clubs from nondiscrimination requirements that apply to all other student clubs that are officially recognized by the colleges and funded by activity fees paid by all students. The rule gives religious student clubs the absolute right to use religion to discriminate while still receiving official university recognition and funding. The rule thus undermines the nondiscrimination policies that many colleges and universities have enacted to ensure that clubs don’t reject students from membership or leadership positions on the basis of race, religion, sex, sexual orientation, gender identity, disability, or other protected characteristics. Students who are LGBTQ, religious minorities, or nonreligious will especially be harmed by this rule.

The lawsuit argues that former Secretary of Education Betsy DeVos had no authority to issue this rule, ignored the harms that the rule will cause to students and their colleges and universities, and imposed requirements that directly conflict with the U.S. Constitution as well as statutory nondiscrimination laws.

Plaintiffs in the lawsuit include the Secular Student Alliance, the largest nonreligious student organization in the country with over 300 chapters in colleges and high schools, and Declan Galli, an LGBTQ Episcopalian student at California Polytechnic State University.

A copy of the complaint in Secular Student Alliance v. U.S. Department of Education is available here.

Your ticket for the: American Atheists and Americans United Applaud U.S. Dept. of Education Plan to Reconsider Forcing Universities to Fund Discrimination by Religious Student Groups