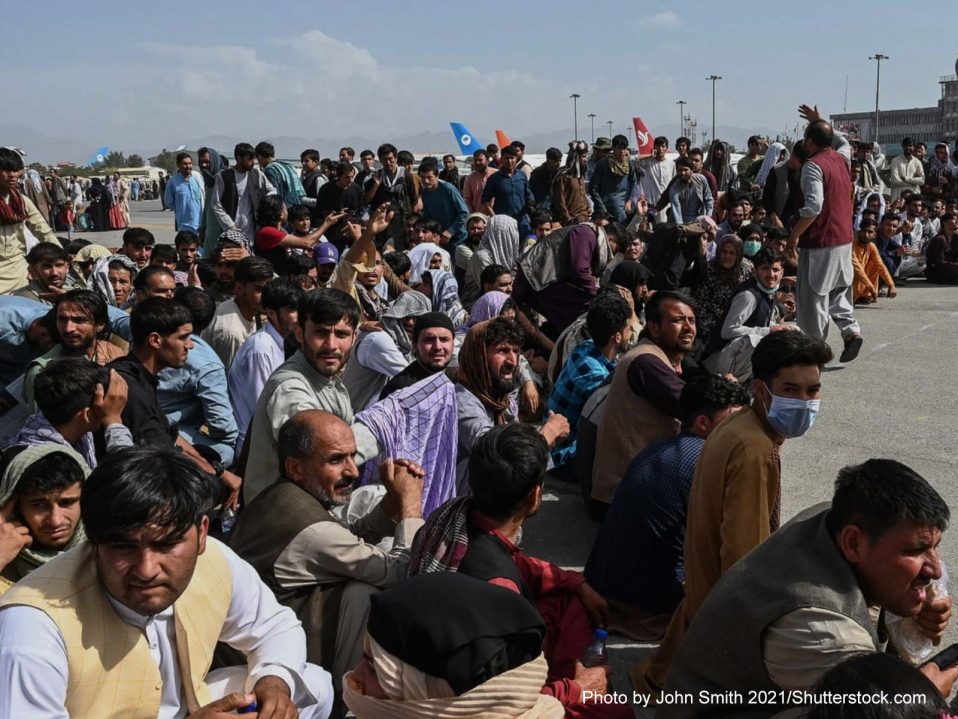 Washington, DC—The national human and civil rights organization, American Atheists, in a letter signed by all American members of the international humanist community, Humanists International, has called on the Biden Administration to protect the lives of Afghans, particularly atheists, humanists, and ex-Muslims, as the United States withdraws military forces from Afghanistan.

“Afghans who are atheists, secular humanists, or ex-Muslims, and those who campaign for humanist values are in imminent danger under Taliban rule,” said Nick Fish, president of American Atheists. “President Biden must take every possible step to protect these vulnerable people. That means expanding eligibility for Special Immigrant Visas, expediting approvals, and getting people on planes immediately.”

“Nonreligious Afghans can’t afford to wait on paperwork and red tape, while the Taliban is literally going door-to-door searching for them,” added Fish.

American Atheists, the American Humanist Association, the American Ethical Union, and Humanists International sent a letter to President Biden on Thursday calling on his administration to extend Refugee Admissions Program Priority 2 designation to Afghan nationals who are likely to face persecution on the basis of religion.

So that the United States can meet the needs of this humanitarian crisis, the organizations have also called on President Biden to issue an Emergency Presidential Determination on Refugee Admissions that raises the number of refugee admissions permissible for FY 2021, and to further increase his administration’s commitment for FY 2022 above the previously stated admissions level of 125,000.

On August 15, during Humanists International’s 69th General Assembly, the president of the organization, Andrew Copson, called on all national humanist organizations, including American Atheists, to “urg[e] the government of their countries to take whatever action they can—unilaterally and multilaterally—to secure the human rights and equitable treatment of everyone within Afghanistan.”

“The things most valued by our humanist movement—freedom of thought, speech, and choice; human rights including of women, LGBTI+ people, and children; knowledge, rationality; human empathy—are the things most hated by the Taliban and those who have allied or will ally with them,” added Copson.

“As atheists and humanists, we welcome refugees fleeing persecution into our communities,” said Fish, referencing a survey that found that atheists are among the religious demographics most supportive of refugees. “Accepting refugees who are most at risk with open arms is our moral and ethical obligation. And it’s what we owe the Afghan people after decades of conflict.”

Read the letter from American Atheists, the American Humanist Association, the American Ethical Union, and Humanists International to President Biden:

Your ticket for the: Secular Organizations Call on Biden to Grant Refugee Status to Nonreligious and Religious Minority Afghans