Discrimination is NOT Religious Freedom—Support the Do No Harm Act! 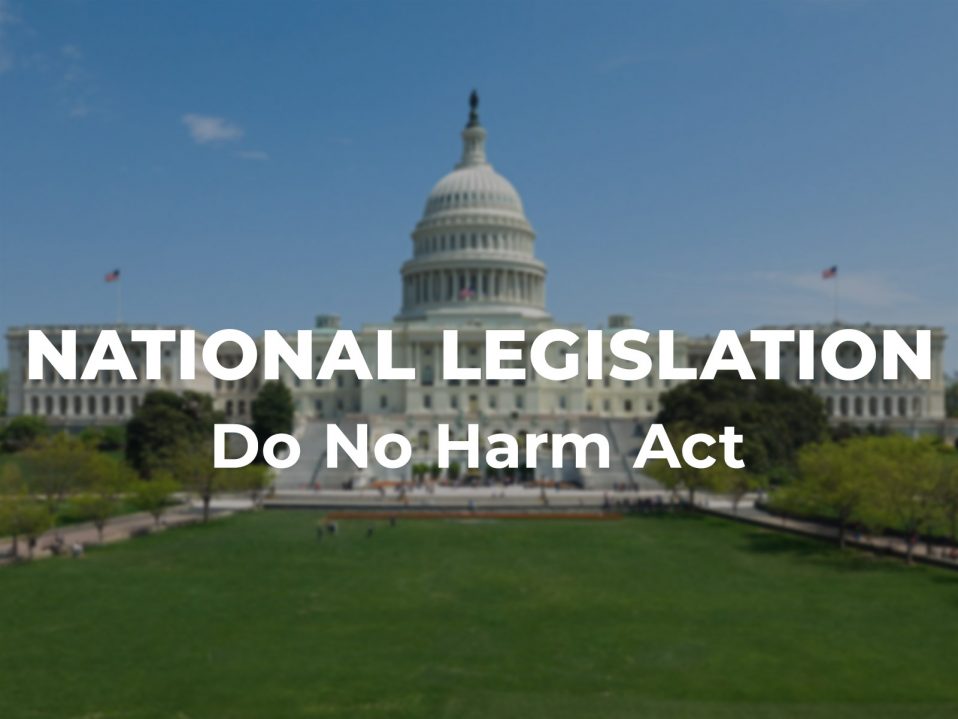 For too long, religious exemptions have created special privileges for religious people and organizations at the federal level.

If passed, the Do No Harm Act would limit the negative impact of religious exemptions created by the Religious Freedom Restoration Act in all areas of federal law, including civil rights and health care coverage.

We need your help to build support for this important legislation. Please ask your Senators and Congressperson to support this bill!

American Atheists has long opposed the Religious Freedom Restoration Act (RFRA) because it gives special treatment to religion above and beyond what the First Amendment requires or allows.

While RFRA was originally intended as a shield to protect religious minorities, this law is now being used as a weapon to justify the denial of health care coverage for employees, to allow for discrimination, and to undermine child labor and abuse laws.

Religious beliefs should never justify special exemptions from the law. The Do No Harm Act would take a step in the right direction by making sure that any religious exemptions under RFRA do not shift the burden to third parties, such as young people in foster care, people receiving services from the federal government, or employees of religious businesses.

As Congressman Bobby Scott, a sponsor of the House bill, explained, the Do No Harm Act will ensure that “religious freedom is only used as a shield to protect individuals from discrimination and not a sword to cut down the rights of others.”

Please take action now—ask your Senators and Congressperson to support the Do No Harm Act!

Your ticket for the: Discrimination is NOT Religious Freedom—Support the Do No Harm Act!

Discrimination is NOT Religious Freedom—Support the Do No Harm Act!