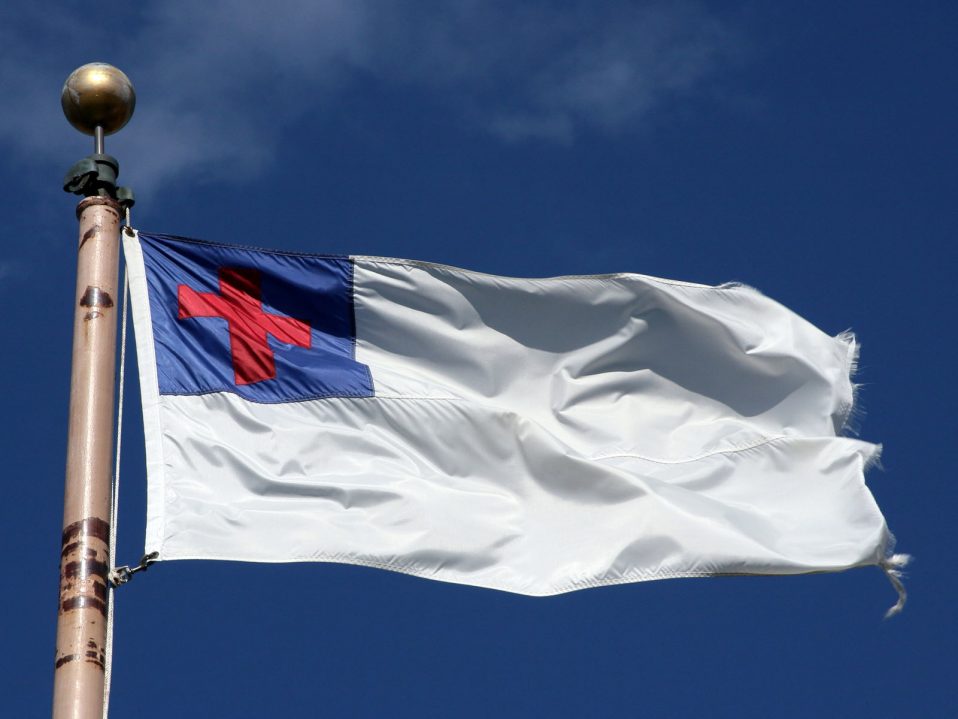 Washington, D.C.—Today, the religious equality watchdog American Atheists warned about white Christian nationalists’ likely strategy for 2023, following the midterm elections. This warning draws on the large body of research and trends published today in the organization’s 2022 State of the Secular States report. Now in its fifth annual edition, this report provides in-depth analysis of laws and policies affecting church-state separation and religious equality in all 50 states, Puerto Rico, and Washington, D.C.

“White Christian nationalism is unpopular to a majority of Americans. At the national level, Christian nationalist candidates Doug Mastriano (R-PA) and Kari Lake (R-AZ) suffered defeat in purple states, while Representative Lauren Boebert (R-CO) nearly lost in a district that is normally safe for Republicans,” explained Alison Gill, Vice President for Legal and Policy at American Atheists. “Similarly, ballot measures on Christian nationalist policies, such as an effort to add broad religious exemption language to the Arkansas state constitution, failed even in a highly religious and conservative state like Arkansas.”

“Christian nationalists have increasingly taken over the Republican Party, especially in very conservative areas. With Democrats controlling the presidency and the Senate, Christian nationalists will be unable to pass extremist bills at the federal level. Instead, they will continue to push their bills through Republican-majority state legislatures,” Gill warned.

Based on the state legislative data from 2022, American Atheists anticipates the continuation of at least three dangerous trends: 1) legislative attacks on reproductive rights, 2) denial of health care legislation, and 3) bills allowing religious propaganda in public schools.

The 2022 Dobbs v. Jackson Women’s Health Organization decision, which ended the constitutional right to an abortion, will greatly affect the 2023 state legislative session. States already with limited abortion restrictions, like Florida, are likely to consider complete bans, potentially challenging state constitutional provisions that protect access to abortion. Some states may try to pass personhood bills, which grant constitutional rights to fetuses from the moment of conception. These extreme bills could not only limit services like contraception and in vitro fertilization (IVF) but also subject people who have miscarriages or abortions to murder charges. To deflect criticism for the many harms that will result from the criminalization of abortion post-Dobbs, abortion-ban states may consider funding so-called “crisis pregnancy centers,” fake clinics that are religious and push anti-abortion propaganda.

“State abortion bans harm religious freedom. They force a Christian conservative view of abortion upon all the residents of a state,” said Brittany Williams, State Policy Counsel for American Atheists. “Patients should have the freedom to make reproductive health choices without being forced to follow someone else’s religious doctrine.”

American Atheists expects further Christian nationalist attacks on health care. These bills often allow hospital CEOs, hospital boards, employers, employees, and even insurance companies to deny any health care service based on personal religious beliefs. This disproportionately harms patients in rural areas without secular hospitals, LGBTQ patients, and patients seeking reproductive care. In 2022, South Carolina passed one such bill. States like Texas and Florida considered these measures, but they did not pass during that legislative session.

The organization also predicts more attacks on public schools. The U.S. Supreme Court’s decision in Kennedy v. Bremerton School District reduced safeguards that prevent public school staff from proselytizing to students. As a result, American Atheists expects a wave of legislation purporting to protect the “religious freedom and free speech” of teachers. In reality, these bills would be little more than a greenlight for religious teachers, administrators, and school districts to push religion into schools and impose their beliefs onto students like never before.

“White Christian nationalists will continue to push their culture war agenda in state legislatures. We saw it in 2022. We will see it in 2023,” said Nick Fish, president of American Atheists. “We know what Christian nationalists are planning for the coming state legislative session. Advocates, the media, and lawmakers must act to expose and stop these efforts. The rights of women, LGBTQ people, racial and religious minorities, atheists—of all Americans—are on the line.”

View the full report at www.atheists.org/states or in pdf format.

Your ticket for the: New Report Forecasts Christian Nationalist Movement’s State-Level Strategy in 2023