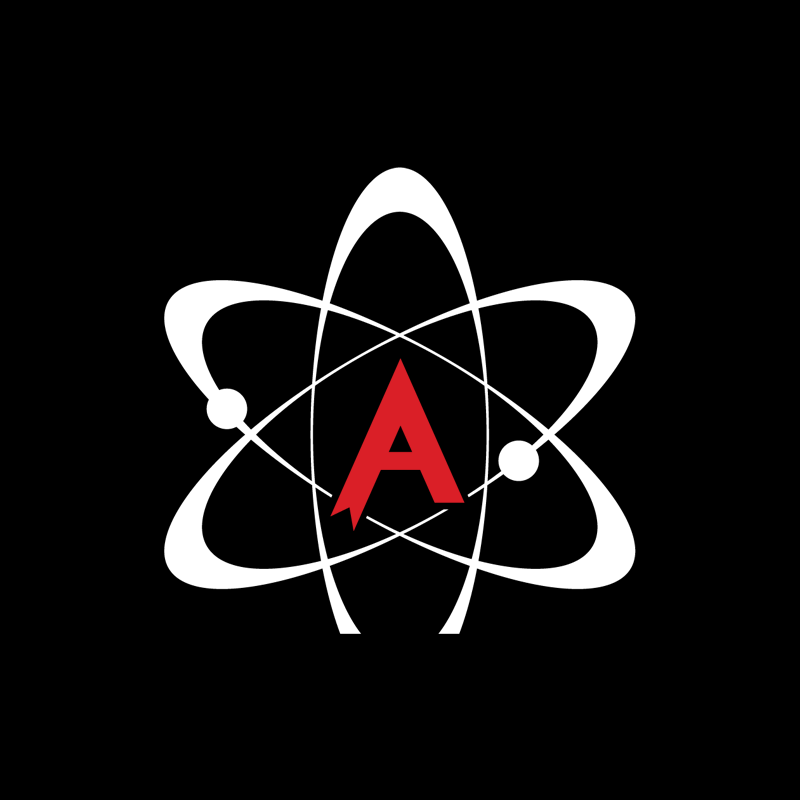 An international symbol for atheism has long been needed. When American Atheists was formed in 1963, a contemporary scientific symbol was chosen; this acknowledges that only through the use of scientific analysis and free, open inquiry can humankind reach out for a better life.

Recognizing the new atomic era, but also emphasizing the truths of older scientific findings, the atomic whirl was chosen. The atom is still a distinguishing unit of all matter, the smallest particle of an element that can exist and still retain the properties of that element.

You may notice that one of the orbitals in our symbol is broken, or open-ended. This demonstrates that while atheists rely on the scientific method for learning about the cosmos and increasing our knowledge about nature, we know that not all of the answers are in. We recognize that with new knowledge come new questions and areas for human inquiry and exploration.

That open orbital forms an “A” to represent atheism.

The American Atheists Logo is copyrighted.

Permission is hereby granted to individuals who wish to use the logo for any reason other than to defame. For example: tattoos, gravestones, and billboards are acceptable, but you may not distort or modify the logo in such a way as to make it negative or inflammatory.

For web pages, you may use the logo if you link to our web page. For books, TV, or motion pictures attribution is required.

Your ticket for the: Our Logo