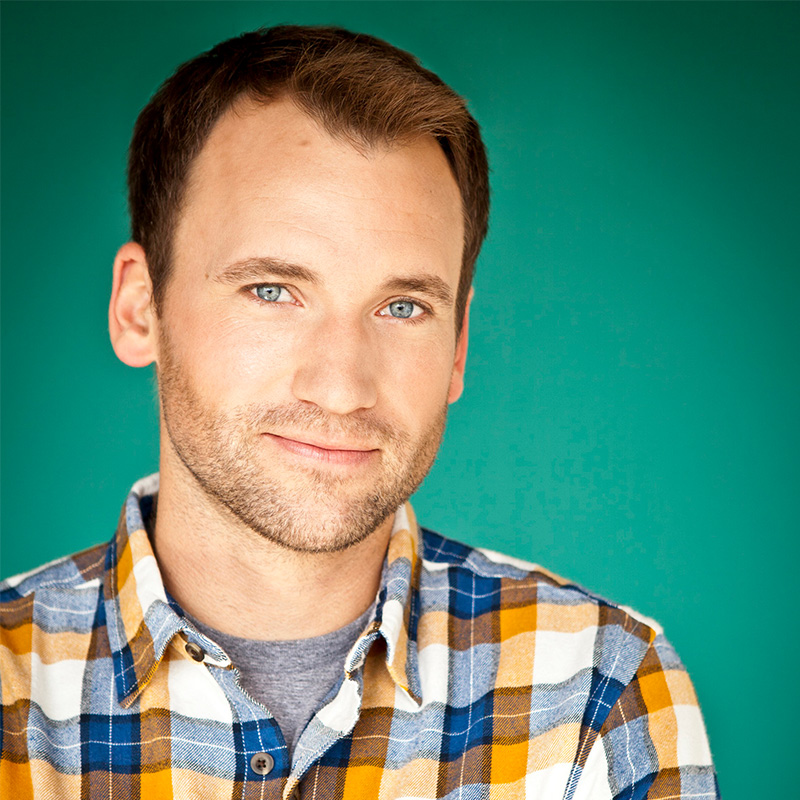 After abandoning a career in electrical engineering in favor of comedy over a decade ago, Andy Wood has worked with greats including Patton Oswalt, Tig Notaro and Brian Posehn, performed at Bumbershoot, SF Sketchfest, Bentzen Ball and High Plains Comedy Festival and appeared on Portlandia, Science Channel’s How To Build Everything and the Comedy Central feature film Jason Nash Is Married.

Along with fellow comedian (and frequent Star Talk co-host) Matt Kirshen, he hosts the weekly podcast Probably Science, which in its first six years has featured guest luminaries from the worlds of comedy and science including Neil DeGrasse Tyson, Dr. Sean Carroll, International Space Station Commander Chris Hadfield, Dr. Janna Levin, Jim Jefferies, Chris Hardwick and Karen Gillan, among many others. Andy and Matt also hosted a hit video for Wiredin which they pitted Google Home against Siri and Amazon Echo that has been viewed over 5 million times.

Andy is the founder and director of the Bridgetown Comedy Festival, which in its ten-year run has put Portland, Oregon on the comedy map and showcased the world’s top comedians including Maria Bamford, Marc Maron, Janeane Garofalo, Nick Kroll and over 800 other performers. Andy has written for and produced shows including MTV’s Ridiculousness, Science Channel’s How To Build Everything, YouTube Red’s Mind Field, E!’s Love You, Mean It with Whitney Cummings, Fuse’s Trivial Takedown and The MTV Movie Awards.

Andy also recently launched the podcast Twinsies, in which he and co-host TJ Chambers take a look at what happens when Hollywood has the same idea twice (think Deep Impact and Armageddon). He’s also an avid pub quiz fan, having written trivia for the short-lived live online game show 1 vs. 100 on XBox Live, and he knows he’s gonna win a round of HQ Trivia one of these days.

Your ticket for the: Andy Wood