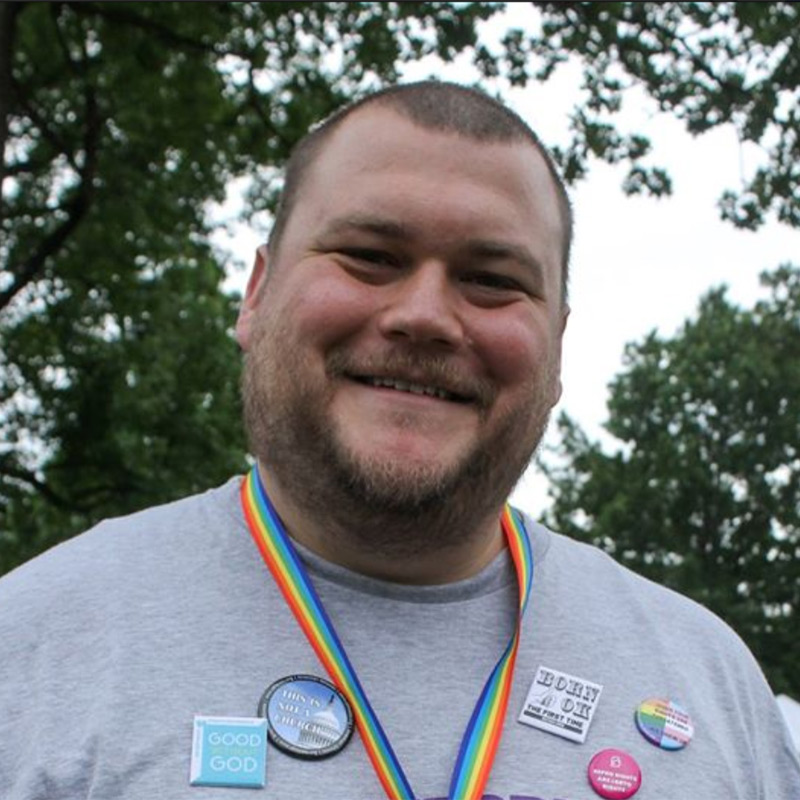 Eric Engle is a graduate of Marshall University with a Bachelor of Arts in Political Science, Minor in History, and holds a Legal Studies Certificate from West Virginia University at Parkersburg. Eric is a father of two, a 10-year-old daughter and 14-year-old son, and has been with his fiancee for almost 9 years. Eric is employed by the federal government at the Department of the Treasury. In addition to his role as an Assistant State Director with American Atheists, Eric is Chairman of a group called Mid-Ohio Valley Climate Action, an environmental organization, and sits on the board of two other organizations, West Virginia Rivers Coalition and Parkersburg Pride, an LGBTQ+ advocacy organization. Eric is 32-years-old and lives in Parkersburg, West Virginia.

For almost 55 years, we have fought to protect the absolute separation of religion from government and elevate atheists and atheism in our nation's public and political discourse.

Your ticket for the: Eric Engle