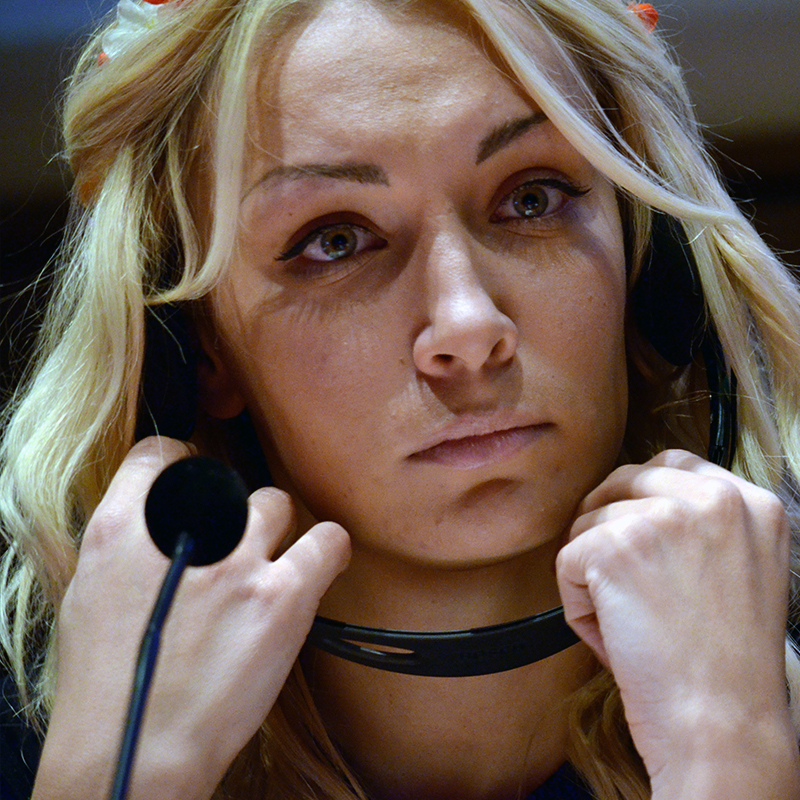 Inna Shevchenko is an activist, feminist campaigner, speaker and writer, and the leader of the international women’s movement FEMEN.

Shevchenko is a high-profile activist and a campaigner. She was born in Ukraine where she grew up and studied journalism in Taras Shevchenko National University in Kiev and worked as a press-officer of Kiev’s city mayor. She joined FEMEN in 2009.

In 2011, she and 2 other FEMEN members were brutally tortured in Belarus by the KGB after FEMEN’s topless protest in support of political prisoners in Belarus, Minsk.

In 2013, she was granted political asylum in France. Inna fled Ukraine after her demonstration against the union between church and state in which she used a chainsaw to cut down a 7-meter high Christian cross that was illegally located in the center of Kiev. Russian TV channels falsely reported that the cross was a memorial for victims of Stalinism. She became a target for death threats and the former Ukrainian president Viktor Yanukovych called for her arrest.

After fleeing to France, she transformed the Ukrainian FEMEN group into an International movement.

In December 2012, the French magazine Madame Figaro included Shevchenko in its list of the world`s top 20 iconic women of the year.

Shevchenko is also a contributor to international press as a writer and an often speaker at feminists, secularists and humanists events across the globe.

Your ticket for the: Inna Shevchenko