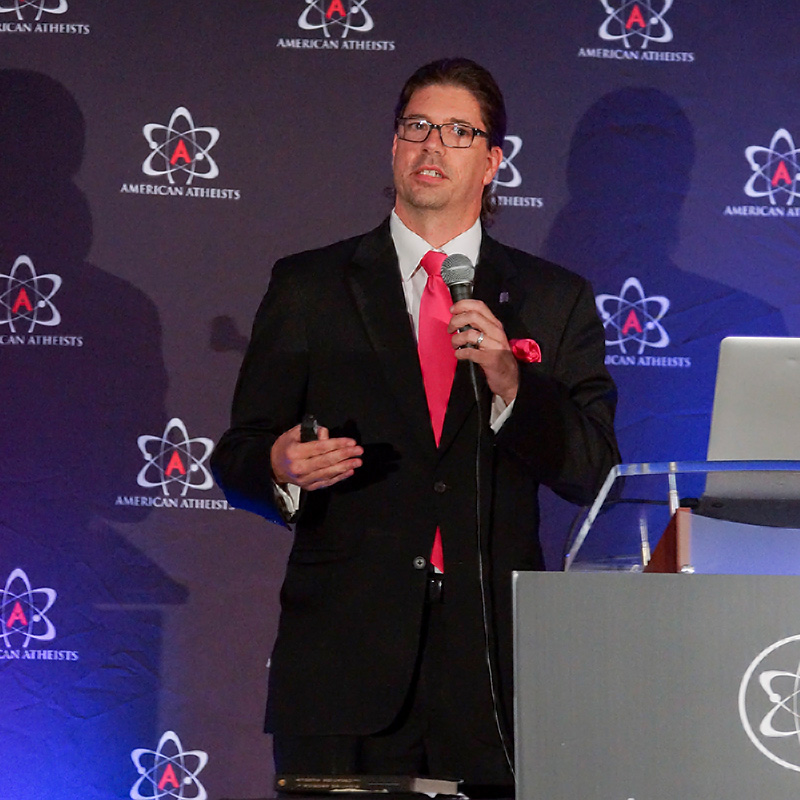 Jim G. Helton is the National Field Organizer for American Atheists. After attending the 2012 Reason Rally, he co-founded the Tri-State Freethinkers and was appointed American Atheists’ Kentucky State Director. Under his leadership, Tri-State Freethinkers adopted the highway in front of the Creation Museum and Ark Encounter and led a protest that received international attention.

Mr. Helton’s activism at the Creation Museum and Ark Encounter landed him appearances in the 2017 documentary film Bill Nye: Science Guy and the forthcoming documentary We Believe in Dinosaurs. He has been quoted in countless news outlets, including The New York Times, Miami Herald, and Washington Post. He is a fixture in local media and has given interviews for international television specials in France, Switzerland, and elsewhere.

Your ticket for the: Jim G. Helton