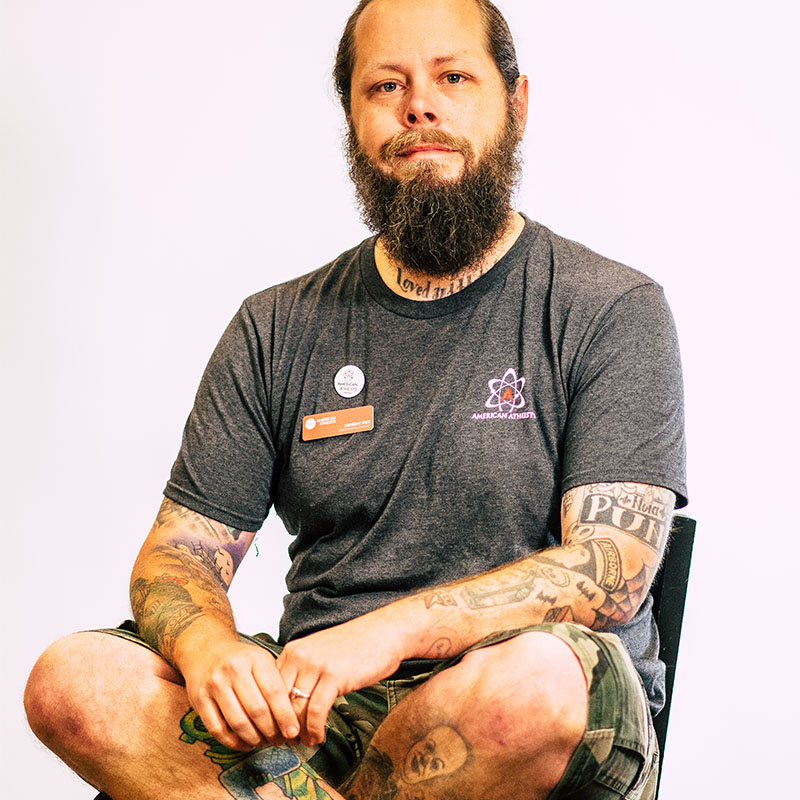 Johnny was an Assistant State Director and then State Director in Kentucky. In 2018 he was awarded American Atheists’ State Director of the Year. Johnny served as Vice President of the Kentucky Freethought Convention and as the Activist Director for the Humanist Forum of Central Kentucky. He has volunteered with secular groups including Black Nonbelievers, FFRF, the American Humanist Association, and the Satanic Temple; as well as Fairness Campaign, advocates of Planned Parenthood of Kentucky, the ACLU, and Kentuckians for the Commonwealth – often bringing these groups together in coalition for Pride events, the Freethought Convention, and annual lobbying days at the capital. He organized and led secular natural disaster charities, has spoken to prisoners in federal prison about Humanism, and a spearheaded a campaign to reach out to clergy for the Clergy Project. Johnny worked to keep religion out of public classrooms and worked to pass comprehensive sex education. He organized a statewide team of activist where he helped volunteer at the local and state level, helping to create atheist communities across the state. He just moved to Portland, Oregon where he plans to organize a PNW coalition of events and teams and continue to put a positive face on atheism in his new state.

Your ticket for the: Johnny Pike