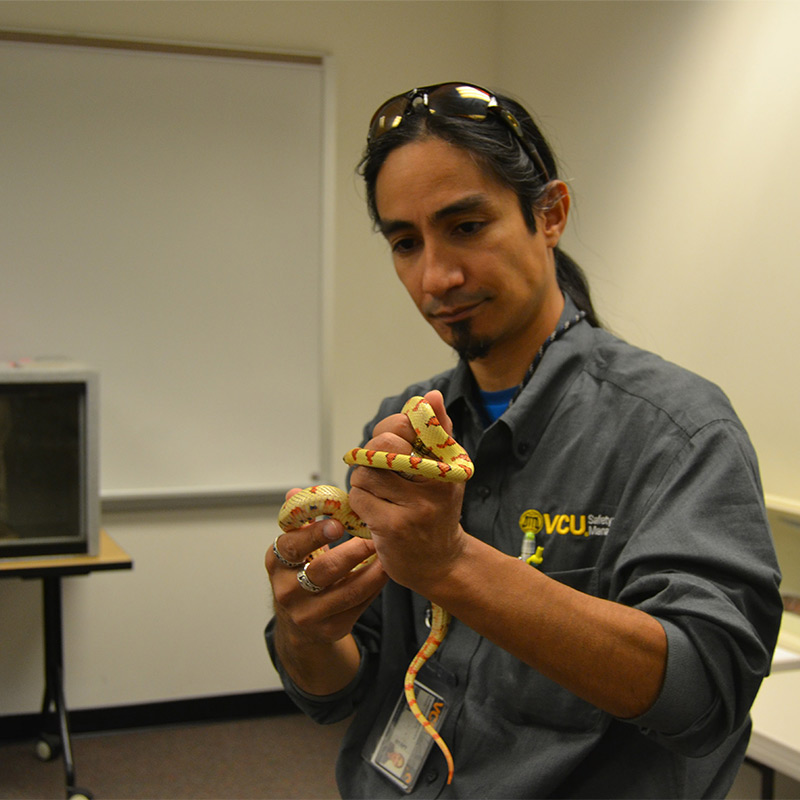 Larry has been an activist in the atheist community for over 12 years. He co-founded the United Secular Alliance, a secular student group at Virginia Commonwealth University in Richmond. A year after graduating with a Masters degree in Biology, Larry moved to northern Virginia where he joined the board of Beltway Atheists, Inc., a non-profit atheist affiliate of American Atheists as Director of Education. Larry has been an invited speaker on topics such as separation of church and state and evolution/creationism. In 2011 he joined the northern Virginia public access TV show Road to Reason where he was able to interview Richard Dawkins during a live studio broadcast. Larry joined American Atheists in 2018 in order to help further the ACES program by engaging and uniting Virginia atheists and getting them motivated for grassroots activism. Besides atheist activism, Larry enjoys craft beer, metal, and volunteers with the Virginia Herpetological Society where he holds the position of Chair of the Regulatory Affairs Committee. He enjoys educating the public, especially kids, on the importance of reptiles and amphibians and often is invited to tabling events and to give talks on that subject. Larry keeps over 30 snakes including monocled and spitting cobras, rattle snakes and tree vipers.

Your ticket for the: Larry Mendoza