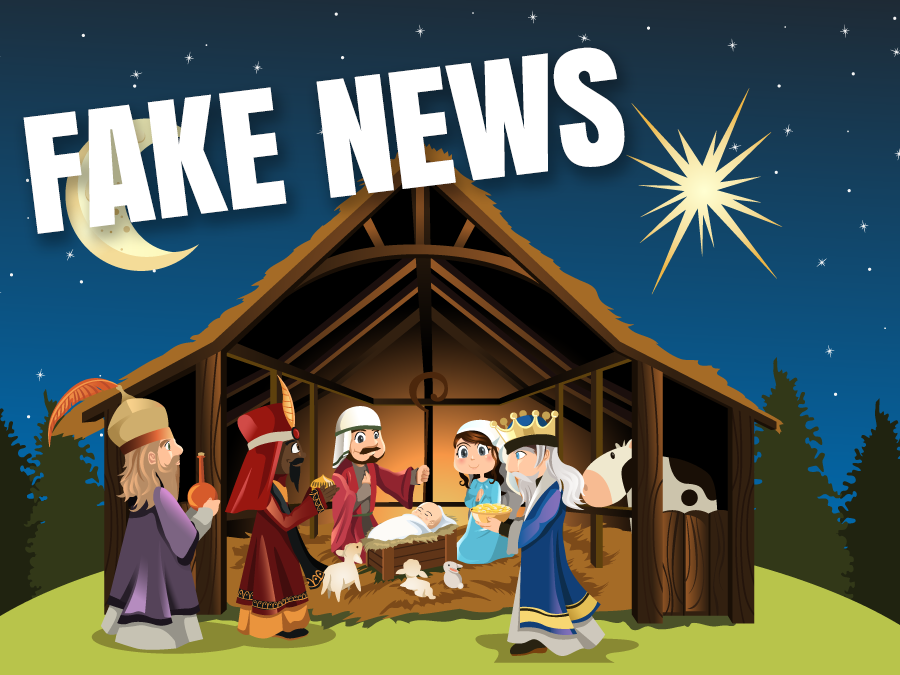 Cranford, NJ—Continuing its annual tradition of holiday season billboards, American Atheists has launched two campaigns. One urges Americans to skip church to avoid the original “fake news,” and the other advertises their upcoming national convention in Oklahoma City.

On the first billboard, an illustration of a traditional manger scene accompanies the words “Just skip church. It’s all fake news!” along with a holiday greeting from American Atheists. The second billboard shows the Oklahoma City skyline with Santa’s sleigh flying overhead and says, “Just like Santa Claus, the Atheists are coming to town!” in a reference to the 2018 National Convention in Oklahoma City, March 30 to April 1.

The billboards will be up for the month of December in Albuquerque, NM; Dallas-Ft. Worth, TX; and Oklahoma City and Tulsa, OK.

“Everyone knows that the stories we’re told in church aren’t the truth,” said David Silverman, president of American Atheists. “People ignore that fact because they enjoy the community, the friendship, and the traditions that go along with religion. But we’re here to tell them that churches don’t have a monopoly on any of that. There’s a fantastic and vibrant community of atheists all across the country creating their own traditions and lifelong friendships.”

“Spend time with your friends and family, give gifts, do charitable work, and enjoy the season. You can do all of that while also celebrating the truth,” added Silverman.

The issue of “fake news” has been pervasive in American politics for more than a year. According to a December 2016 Pew Research Center survey, almost two thirds of Americans say that made-up news causes a great deal of confusion about the basic facts of current events.

“People are rightly skeptical about some of the news they see on Facebook, hear from their family, or are told by elected officials,” said Nick Fish, national program director for American Atheists. “But too often, they don’t extend that skepticism to their religious views and what their religious leaders are telling them.”

“And right now, we could all use a little more skepticism about the things we’re told, no matter the source,” Fish added.

This billboard design appears in the Albuquerque and Dallas markets.

This billboard design appears in the Oklahoma City and Tulsa markets.