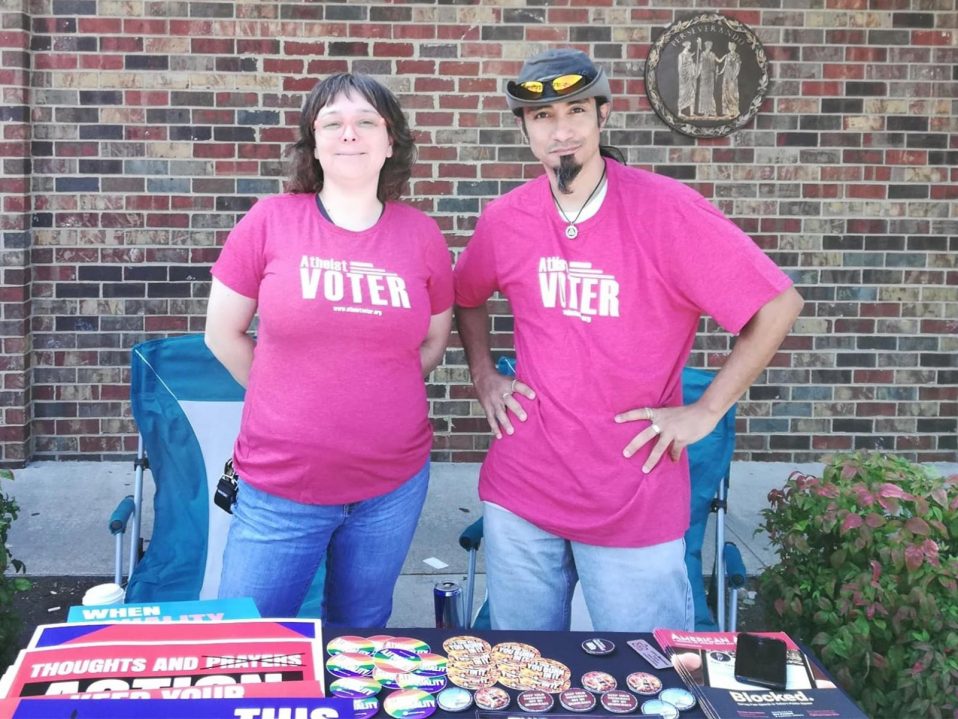 “We would rather that government property be free of religious speech altogether. However, to ensure religious equality for everyone, including atheists, I applied for equal access to two separate DMV locations, and will continue to request access on a regular basis,” said American Atheists’ Virginia State Director Larry Mendoza, whose request was accepted by the Commissioner of the Virginia DMV Richard D. Holcomb on September 11. “I applaud the Commissioner’s decision to promote religious diversity. No one group should completely take over a public location.”

“I was surprised to see Jehovah’s Witnesses outside the DMV promoting their idea of family values, especially given how they treat those who have chosen to leave their religion,” said Sabourin. “A large part of my group’s mission is to provide much needed community for people and families who have left religions like the Jehovah’s Witnesses.”

“It was great to answer all of the passersby’s questions on atheism and the separation of religion and government,” said Barnes. “We are looking forward to holding this event again—and at even more locations.”

“We call on all religious minority communities—including Buddhists and Satanists—to make use of the DMV’s space,” said DeGrave. “When Virginians hear all the different religious viewpoints that claim to be right, they’ll soon realize that none is.”

Your ticket for the: Virginia Atheists Wrest State’s DMVs from Jehovah’s Witnesses’ Control