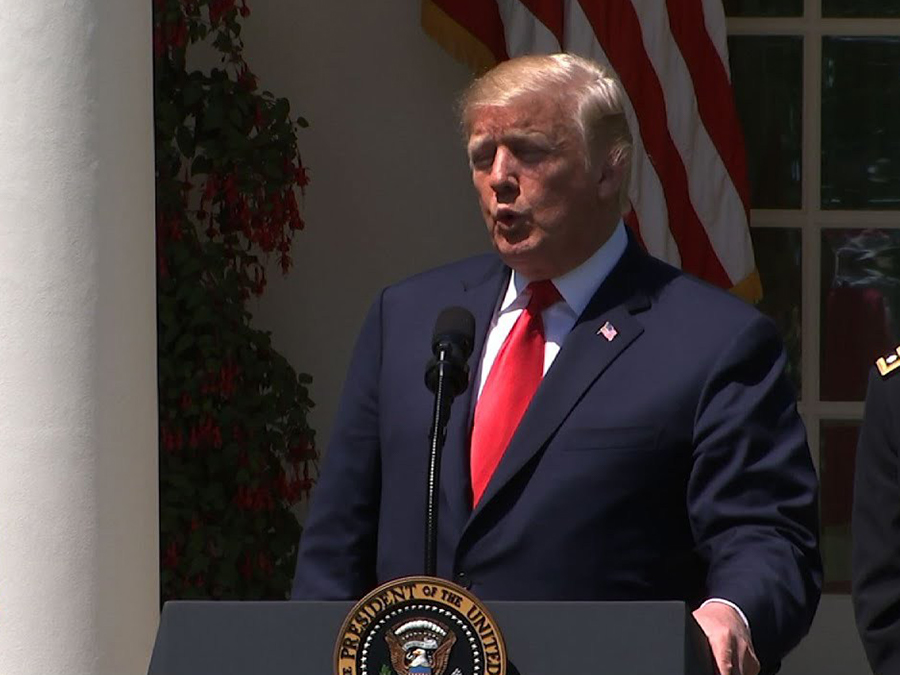 Washington, DC—At a ceremony in the White House Rose Garden today, President Donald Trump signed an executive order creating the “White House Faith and Opportunity Initiative,” an office that would further undermine religious freedom and pour even more taxpayer money into religious groups that are free to discriminate, have little accountability and zero transparency.

“The separation of religion and government has never been under greater attack,” said Alison Gill, Legal & Policy Director of American Atheists. “This executive order would permit religious groups receiving taxpayer money to offer public services steeped in religion without providing opt-outs or referrals to alternative providers. Americans should not have to wade through religious messages and proselytizing in order to access essential government services.”

Unlike faith-based initiatives by previous administrations, Trump’s initiative will require every department of the federal government to look for ways to partner with religious groups, not just faith-based offices, under the coordination of the new White House office.

“The new initiative will channel ever more federal money into churches aligned with the President, ostensibly for public services, but far too often used for proselytizing and religious activity,” said Ed Buckner, Interim Executive Director of American Atheists. “Our nation’s Founders believed that it was unjust and tyrannical to tax all to fund the religious beliefs and practices of a few. Mr. Trump should spend less time watching cable news and more time reading the plain language of the Constitution.”

This executive order joins a long list of unconstitutional actions committed by this administration to advance their distorted view of religious freedom.

In February, Attorney General Jeff Sessions installed “religious freedom” czars in every US attorney’s office and announced that all litigation that could potentially involve religious issues must receive prior approval from political appointees at the Department of Justice. In January, the Department of Health and Human Services created a new office tasked with allowing healthcare institutions to deny services to patients on the basis of their own religious beliefs.

And this week, the New York Times reported that new federal policies are diverting disaster relief funds away from victims and public services and instead directing them to churches and religious schools.

Your ticket for the: Trump Administration Continues Daily Assault on Religious Freedom