Put an End to Conversion Therapy in Minnesota 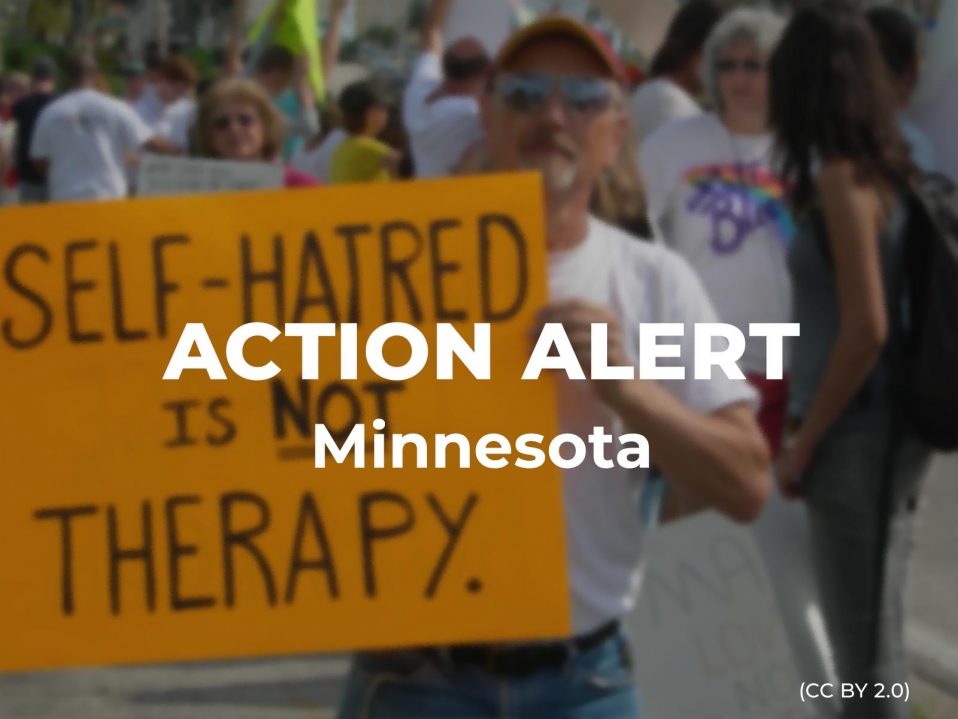 This bill will soon receive a vote in the Minnesota House.

Let’s make conversion therapy a thing of the past!

Help pass these protections into law by emailing your state representative now!

Conversion therapy consists of practices which falsely claim to change a person’s sexual orientation or gender identity or expression.

These practices are based on religious beliefs rather than medical facts—and they can be extremely harmful, especially for young people and their families.

Conversion therapy has been rejected by every major medical and mental health group for decades because they pose devastating health risks for LGBTQ young people, including depression, decreased self-esteem, substance abuse, homelessness, and even suicidal behavior.

Your ticket for the: Put an End to Conversion Therapy in Minnesota

Put an End to Conversion Therapy in Minnesota